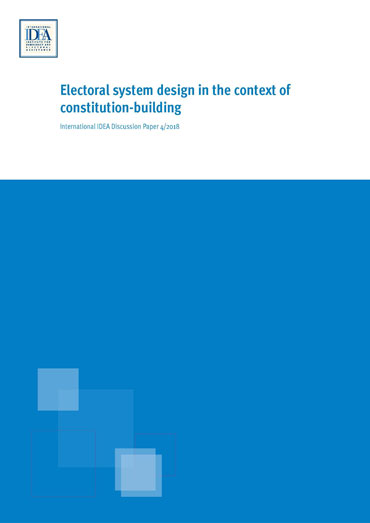 Electoral System Design in the Context of Constitution-Building

Electoral system design in the context of constitution-building

Electoral System Design in the Context of Constitution-Building

However, it is a world with which political actors in transitions—and even to some extent the constitutional community itself—often have limited familiarity.

It argues that, while the timing, stages and sequencing of a constitutional transition might be thought to be relevant to electoral system choice, there does not currently appear to be any strong link between them.