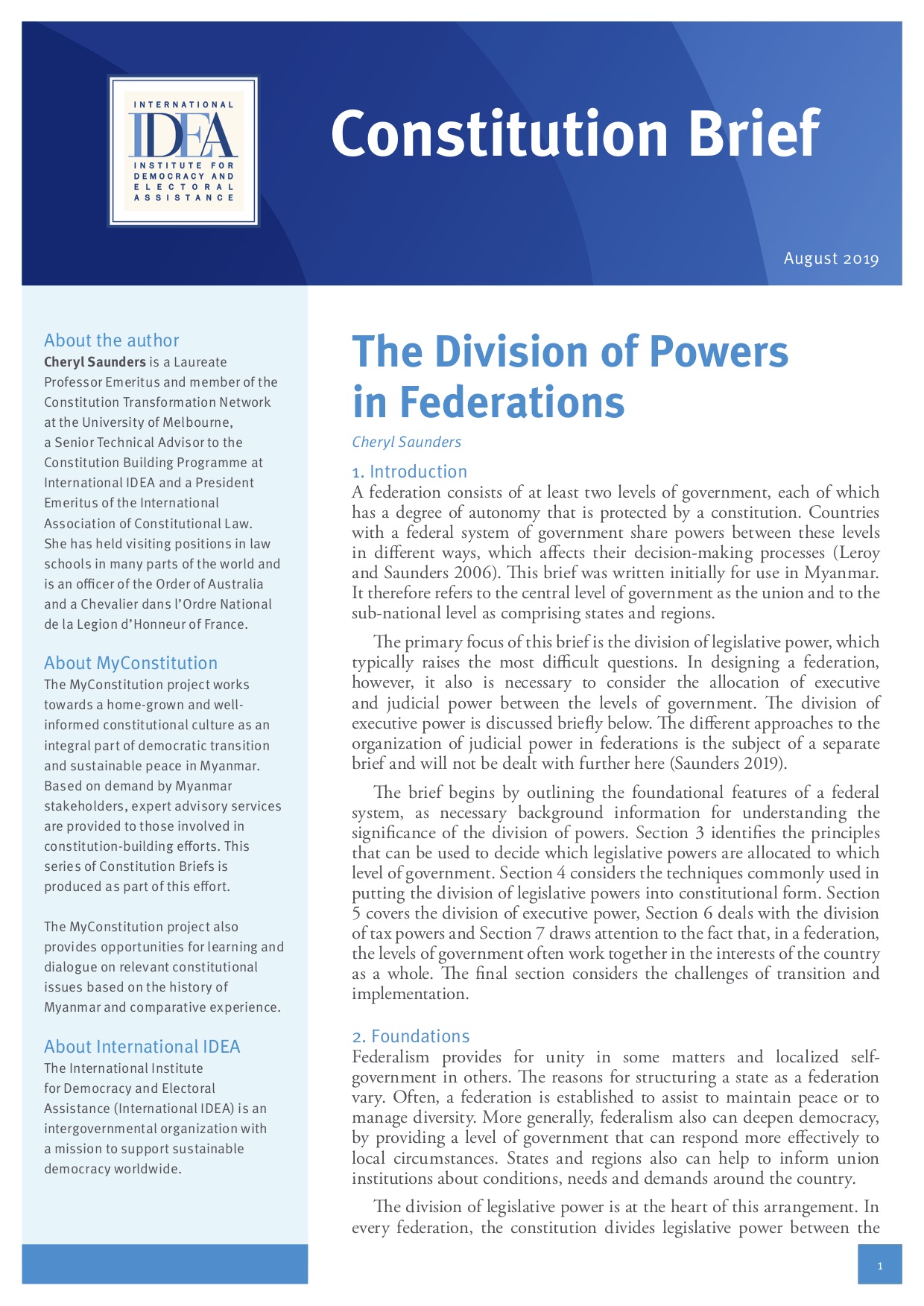 A federation consists of at least two levels of government, each of which has a degree of autonomy that is protected by a constitution. Countries with a federal system of government share powers between these levels in different ways, which affects their decision-making processes (Leroy and Saunders 2006). This brief was written initially for use in Myanmar. It therefore refers to the central level of government as the union and to the sub-national level as comprising states and regions.

The primary focus of this brief is the division of legislative power, which typically raises the most difficult questions. In designing a federation, however, it also is necessary to consider the allocation of executive and judicial power between the levels of government. The division of executive power is discussed briefly below. The different approaches to the organization of judicial power in federations is the subject of a separate brief and will not be dealt with further here (Saunders 2019).

The brief begins by outlining the foundational features of a federal system, as necessary background information for understanding the significance of the division of powers. Section 3 identifies the principles that can be used to decide which legislative powers are allocated to which level of government. Section 4 considers the techniques commonly used in putting the division of legislative powers into constitutional form. Section 5 covers the division of executive power, Section 6 deals with the division of tax powers and Section 7 draws attention to the fact that, in a federation, the levels of government often work together in the interests of the country as a whole. The final section considers the challenges of transition and implementation.