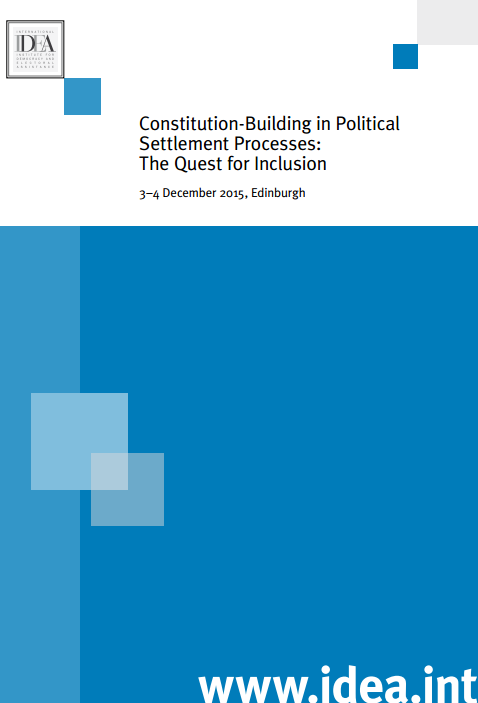 This workshop was organized and hosted by the Constitution-Building Processes Programme of the International Institution for Democracy and Electoral Assistance (International IDEA), the Edinburgh Centre for Constitutional Law and the Global Justice Academy, in association with the Political Settlements Research Programme at the University of Edinburgh. It explored the first stage of the transition from violence to politics, which potentially includes a sequence of political agreements from a peace deal to a (new) constitutional arrangement.