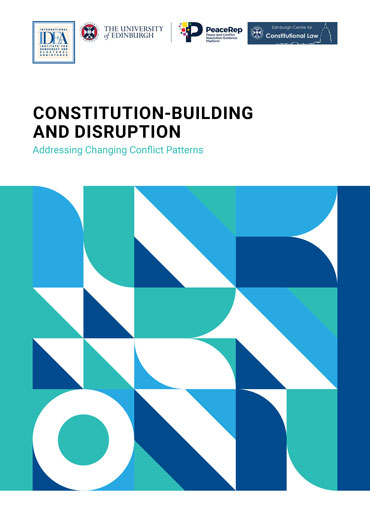 The theme for the 2021 Edinburgh Dialogue was ‘The Changing International Order and Its Impact on Constitution Building Support’. This Dialogue sought to contribute new thinking on the constitutional implications likely to be triggered by changes to both the international order and the nature of conflict in the past decade, in particular given their impact on the peacebuilding field, which attempts to revise the underlying political settlement.

The discussion was premised on an increasing sense within the social science academy and among practitioners that the post-Cold War global order for dealing with intrastate conflict has been fundamentally disrupted. Debates within comparative politics, international relations and international law—to a much greater extent than in comparative constitutional law—are dealing with the shift in the geopolitical balance of power—even if this shift has not yet reached the institutional architecture of the international order.

Acknowledging these changing conflict dynamics, some of the ‘models’ with which international actors attempt to assist stakeholders’ exit from conflict—including by constitutionalizing political and legal institutions—are (or should be) changing.

Co-published with Peace and Conflict Resolution Evidence Platform and the Edinburgh Centre for Constitutional Law.