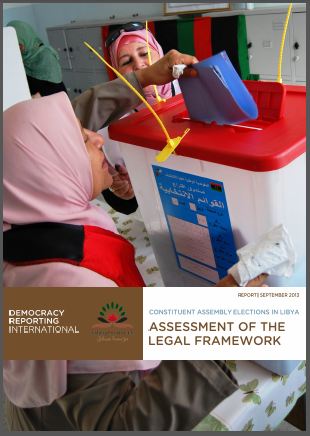 This report issued in Sep 2013, is a joint publication of Democracy Reporting International and the Sadeq Institute, assesses the July 16 version of Law 13 (2013) against international elections standards. It considers whether elections for a constituent assembly is different than an election for a parliament and argues that additional standards of participatory constitution making should apply. The report concludes with recommendations for the General National Congress, the High National Elections Commission, and the constituent assembly. The report is also avaialable in Arabic.