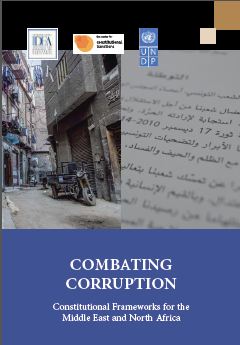 This report, Combating Corruption: Constitutional Frameworks for the Middle East and North Africa delves into the relationship between constitutional law and the struggle against corruption. This report considers the constitutional frameworks and mechanisms available to prevent and reduce corruption, with particular reference to the transitional states of the Arab region.

The Arabic version of the reports are available online at <www.idea.int> and<www.constitutionnet.org>.