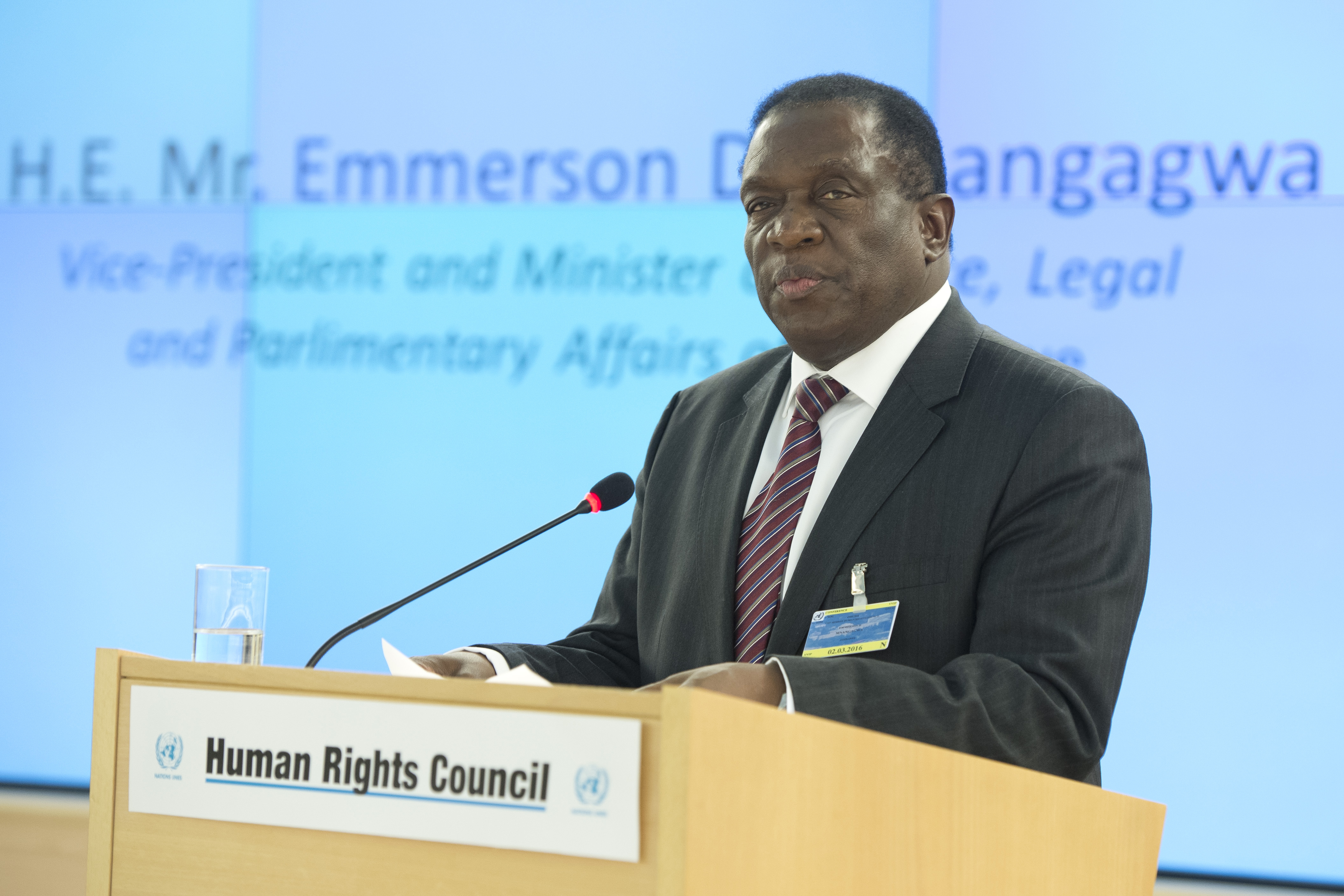 President Emmerson Mnangagwa of Zimbabwe (photo credit: UN Geneva/flickr)
The Senate will have to restart the process of passing Constitutional Amendment No. 1 of 2017, which gives the President powers to appoint the Chief Justice, the Deputy Chief Justice and the Judge President, after the Constitutional Court ruled that the procedure was not in conformity with the Constitution. Before the court ruling, the President had been empowered with the responsibility of appointing and promoting judges after a Constitutional clause that allows the selection of judges, including the Chief Justice, through the Judicial Service Commission's (JSC) public interviews, was amended.
Read the full article here: All Africa