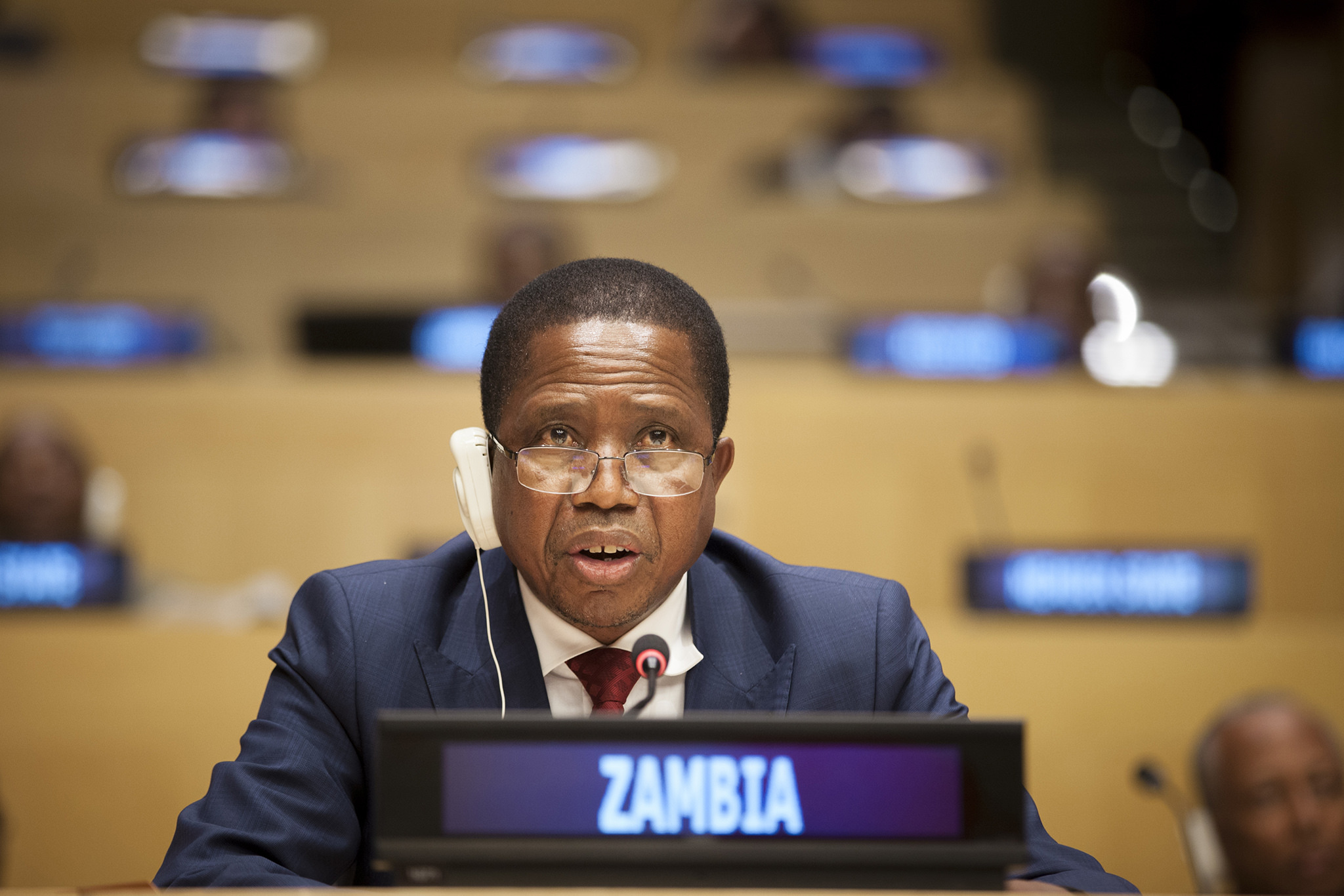 photo credit: United Nations Photo/flickr
Zambia’s Constitutional Court on Friday declared that President Edgar Lungu is eligible to contest the 2021 presidential election. The full bench of the court made the ruling after two hours of deliberation which sparked wild celebrations from Lungu’s supporters who had gathered outside the court to await the judgment. The Constitutional Court ruled that Lungu did not serve full term between 2015 and 2016, a move that makes him eligible to contest the 2021 polls. Justice Hildah Chibomba, who is president of the Constitutional Court, said the amount of time that the Zambian leader served following the death of his predecessor could not be considered a full term and that he was serving his first term after his victory in the 2016 polls.
Read the full article here: Infosurhoy