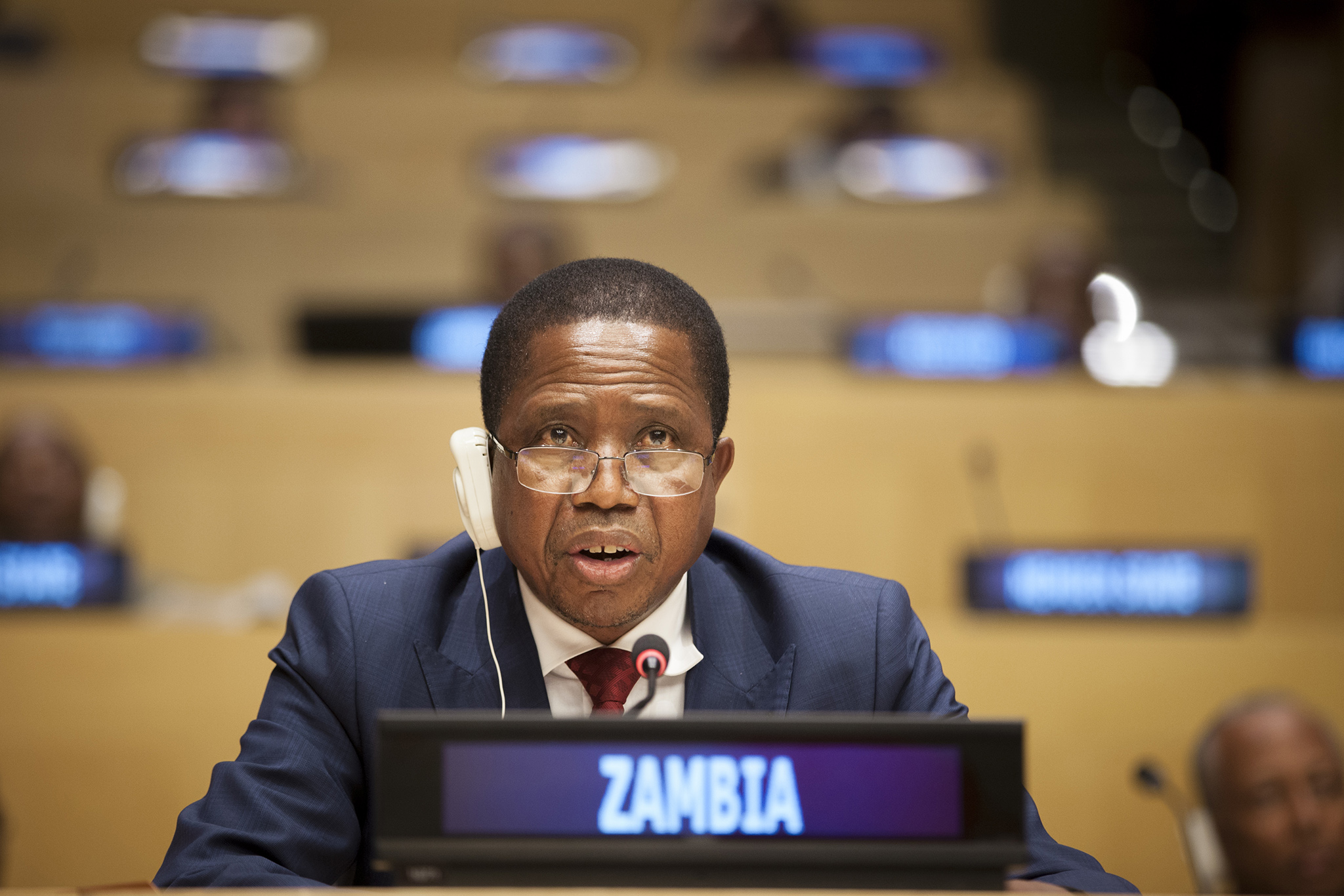 Zambian President Edgar Lungu (photo credit: United Nations Photo/flickr)
Stakeholders have continued to make submissions on the Bill to amend the Constitution of Zambia as the Parliamentary Committee scrutinizing the Bill turned away the Non-Governmental Organisations Coordinating Council (NGOCC) [ . . . ] The majority of stakeholders have made submissions have overwhelmingly supported the retention of the Christian Nation clause in the preamble by deletion of the words, “multi religious” and introduction the mixed member electoral proportional representation system. Other provisions which have been supported include the increase in the number of days for hearing and determining the election petition from 14 days to 30 days, the existence of the Constitutional and Supreme Courts as two separate courts, the election of mayors from among councillors, deletion of too much detail such as commissions from the Constitution and readmission of members of parliament into councils. There has, however, been mixed feelings over entrenchment of Christian values in the Constitution, proroguing of the National Assembly as opposed to dissolution.
Read the full article here: Lusaka Times