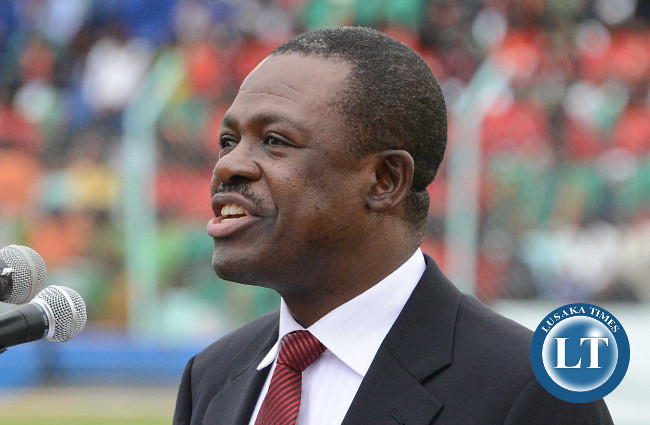 Secretary General of the ruling Patriotic Front (PF) Wynter Kabimba
<p>Government has said that it could not produce the expected new Republican Constitution within a period of 90 days after assuming power in 2011 because PF as a party in power had lacked clear knowledge on the sufferings of the Zambian people. Justice Minister Wynter Kabimba told parliament today that levels of corruption, poverty, unemployment among the youths, poor access to education and health care services among others in the country high perpetrated by the previous MMD regime.</p><p>He said PF could not just act on mere figures but needed to make its own analysis before it could empower the Zambian people.</p>
Read the full article here: Lusaka Times