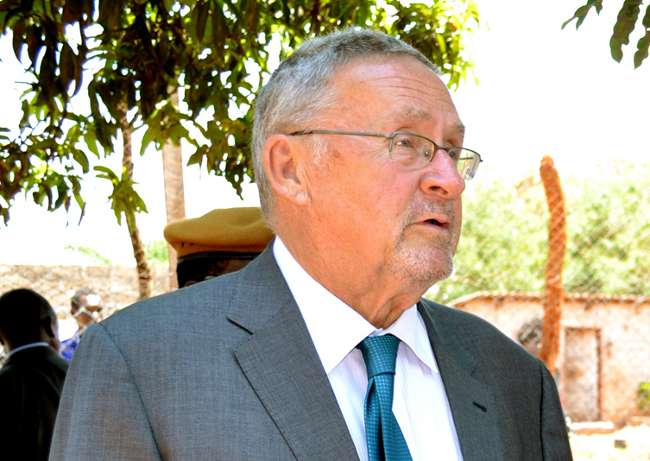 Vice President Guy Scott
<p>VICE President Guy Scott has assured the Nation that the final draft constitution prepared by the Technical Committee on Drafting the Zambian Constitution will be released by next month.</p> <p>Dr Scott also clarified that the 10 copies that were demanded to be printed were merely meant for the ceremonial hand over to the Government.</p> <p>"The 10 copies are meant for the ceremonial hand over of <span class="IL_AD">the constitution</span>, we are not reversing on our undertaking or expectation of releasing the final draft constitution before the end of the year or before the end of next month, Dr Scott said.</p>
Read the full article here: Lusaka Times