Will Congo Brazzaville be next? President calls for National Dialogue on potential constitutional changes to allow him to seek a third term

Constitutional Amendment Congo (Republic of the) 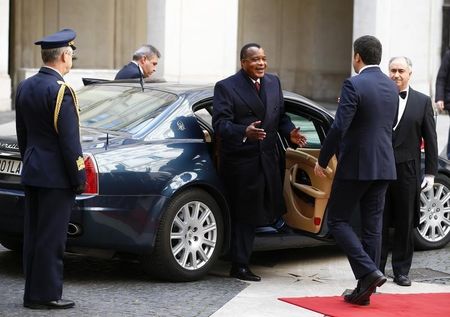 Congo President Denis Sassou Nguesso [photo credit: euronews.com]
<p>The president of the Congo Republic has called for a national dialogue, one subject of which would be potential constitutional changes that would allow him to stand next year for a third term.&nbsp;<span style="line-height: 20.3999996185303px;">President Denis Sassou Nguesso, 71, has not yet said if he plans to seek another seven-year term. Congo's 2002 constitution limits the president to two terms in office and excludes candidates over 70 years of age.</span></p>
Read the full article here: Reuters