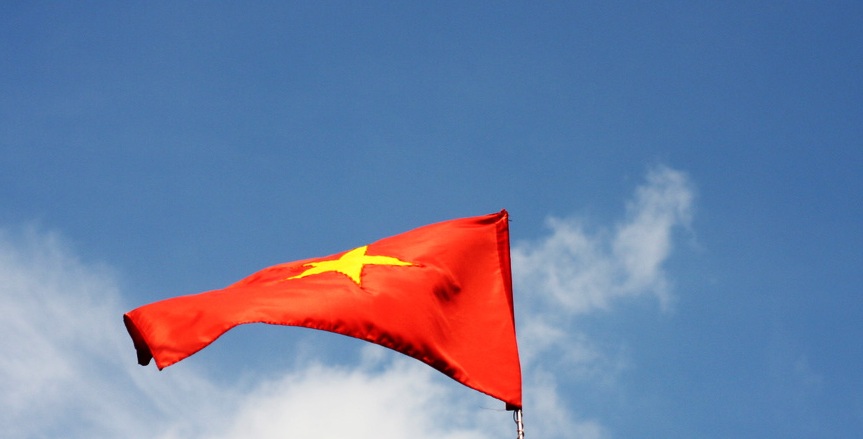 90 million Vietnamese citizens now have a new constitution adopted by the National Assembly on November 28, 2013, the culmination of a three-year process. What is new and what does it mean for Vietnam going forward?

Initially, the government planned to amend, rather than replace, the 1992 Constitution. While the actual result has been a “new” 2013 Constitution, unsurprisingly a great deal stands unchanged. The prominent role of the Communist Party, class-based sovereignty, and the unity of power—despite petitions for competitive politics, popular sovereignty, and the separation of powers—remain strong features of the Constitution. Secondly, the basic institutional structure is also unaltered. Calls for establishing a Constitutional Tribunal were ignored in the final draft; the National Assembly’s powers remain unchecked, including electing the State president; and the People’s Council at district level remains intact. Likewise basic state policies, specifically the leading role of State enterprises and the State’s prerogative powers over land, continue as before despite numerous calls for reform.

On the positive side, there is emphasis on human rights protection as a response to domestic pressure and external criticisms. Human rights protection is listed as one of the fundamental objectives of the state. Chapter 2 of the Constitution dealing with the subject has been renamed to include a specific reference to “human rights” in the title, with rights such as the right to life, environmental and cultural rights featuring for the first time.

However, Vietnam’s new human rights regime seems to be a paradox. A new provision allows the restriction of human rights for a wide range of reasons - national defence, public security, social order, social morality, and public health – despite criticism from Vietnamese experts. This may be a sign of the regime’s conflicting interest between the preservation of social-political stability and the desire for increased international legitimacy through commitments to human rights standards. Note that Vietnam became a member of UN Human Rights Council shortly before the adoption of the Constitution.

Some other changes are likely just rhetoric. First, the preamble confirms the Vietnamese people as the author of the Constitution but this recognition is far from meaningful, as popular ratification of the Constitution (and any amendments) was not accepted. The ordinary legislature rather than the people continues to possess supreme power in constitution making and amendment. Second, in the hope that trust in the Party can be enhanced, Party accountability to the people is introduced in Article 4 which provides that “the Communist Party of Vietnam […] submits to people’s supervision, and is accountable to the people in its decisions.” But how to enforce that accountability remains unclear. Third, Article 2 provides that State bodies shall “control one another in the exercise of the legislative, executive and judiciary powers.” This in theory allows for checks and balances, stemming from the social pressure to curb corruption and arbitrary power. But this principle is not reified by concrete institutional design. As intimated earlier, the National Assembly remains supreme to all other State bodies and is subject to no external institutional controls. The proposal of a constitutional tribunal aimed at reviewing the constitutionality of State actions was eventually ruled out. Hence, the principle of constraints on State power still awaits its meaning.

On the other hand, there are a few institutional changes. First, the functions of the three State branches are more clearly defined. Second, the National Commission of Elections and the State Audit Office – which are actually pre-existing institutions – are now given constitutional status. Third, judicial independence is strengthened, through explicit recognition of the role of the courts in protecting justice and human rights and the prohibition of interference by other State bodies in judicial adjudications. But judicial independence in Vietnam is still a conundrum as functional guarantees of the independence remain poor and the courts remain weak and subject to the supervision of the National Assembly and the Procuracy.

A number of other changes are technical. Several chapters are merged to make the constitution more succinct, and many provisions are rewritten without changing their substantive meaning.

A Charter for Comprehensive Renovation?

November 28, 2013 was “a good day” in the words of the constitution-makers when the new Constitution was approved by 97, 56% of Assembly delegates. The official stance is that the new Constitution reflects the will of the People as the charter for “comprehensive renovation of both political and economic systems, meeting the demands of construction and defence of the nation in a global era.”

But immediately after the adoption of the Constitution, online voices cried out their disappointment. Several authors of Petition 72 protested that the new Constitution expresses the will of the Party rather than the people since most proposals made during public consultations were rejected. Some dissidents warned that the new Constitution will lead the country to a darker future - a movement has appeared on Facebook, calling for civil disobedience and boycotting the Constitution. Many of these criticisms focus on the absence of a referendum, the leading role of the Communist Party, the loyalty of the military to the Party, and the State’s domination of the economy and land management.

As the regime persistently adheres to socialism under the rule of the powerful Communist Party, essential tenets such as the leading role of the Party, the unity of State powers, the loyalty of the military to the Party and the State’s domination of national resources are unlikely to be altered. But in response to social pressure and the impact of globalization, changes through ordinary politics may be possible within the new constitutional framework.

First, the Party may further discipline their members according to the Party’s campaign “criticism and self-criticism.” In addition, party and State institutions of anti-corruption may be more active, as recent serious corruption cases indicate. These are important avenues to maintain political legitimacy if constitutional changes are ruled out.

Second, the regime may continue the promotion of welfare rights. Past experience indicates that the promotion of social and economic rights has considerably enhanced quality of life, which has conferred more legitimacy on the leadership. Future legitimacy may be further guaranteed in the same way.

Third, courts and local governments may witness more developments as their reforms are less vulnerable to socialist policy. The new Constitution has not specified the organization of courts at local level, opening the door for realization of the 2005 Party project to re-organize local courts in a way that separates them from local governments, reducing the interference of local governors in judges’ decisions. As for local government, administrative accountability and grassroots democracy may bring further reform.

A Fourth reason for hope stems from Article 51 of the new Constitution. Despite the reconfirmation of the State’s domination of the economy and land, this article requires equal competition among all economic sectors. If this article is implemented private enterprises may be treated in a more equal manner, and mechanisms may be introduced to control corruption in State-owned enterprises. Similarly Article 54 provides that “the recovery of land must be public and transparent, and compensation must be provided in accordance with the law”. This effectively limits the State’s power of appropriation to some degree, thus reducing the risk of peasant resistance movements such as in the Tiên Lãng and Văn Giang cases.

Last but not least, the adoption of what may have been intended as just constitutional rhetoric - such as popular sovereignty over constitution-making, constraints on state power, and Party accountability - may provide new impetus for social and intellectual debate over the meaning of these principles, which in turn may create more pressure on institutional and even constitutional reforms.