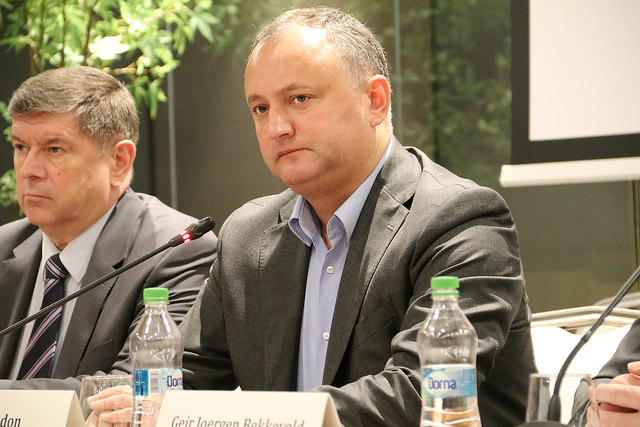 Igor Dodon, Moldova's president (Photo credit: Flickr)
The Venice Commission experts criticized the proposal of the chief of state, Igor Dodon, to extend the presidential powers. The Commission stated that the proposal to amend Art. 85 of the Constitution of the Republic of Moldova, which would provide additional powers to the President for the dissolution of Parliament, may be interpreted as creating excessive executive powers. Also, the president could use the dissolution of the Legislature as an instrument for "party politics".
Read the full article here: Crime Moldova News