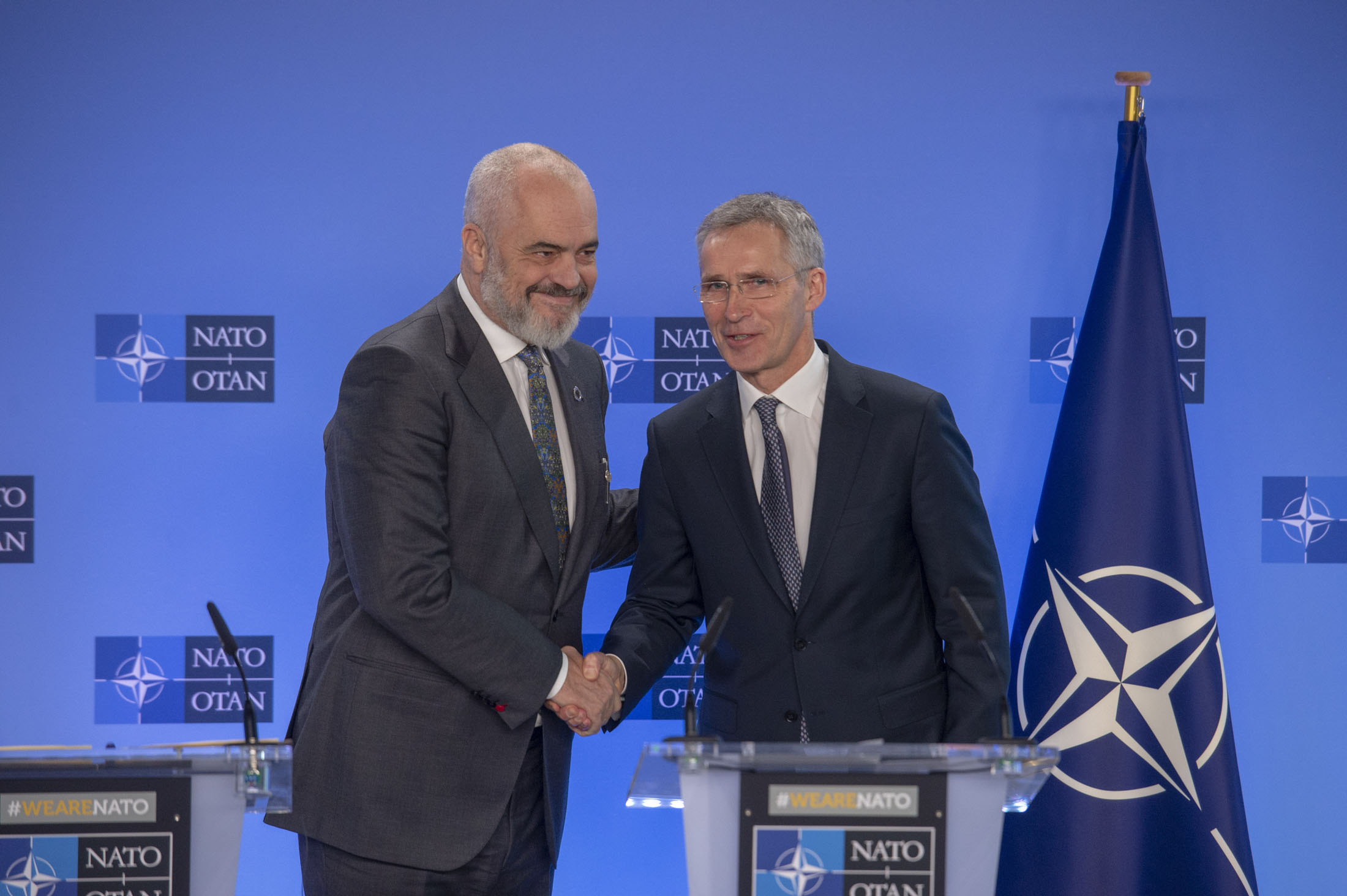 Prime Minister Edi Rama of Albania (photo credit: NATO North Atlantic Treaty Organization/flickr)
The Venice Commission, an advisory board to the Council of Europe, has sharply criticized the ruling Socialists in Albania and their parliamentary allies for hurrying through legal changes that critics say are designed to benefit them in the next parliamentary elections, due in April 2021. [ . . . ] The changes remove the rights of political parties to create pre-electoral coalitions to maximize their electoral result in parliament and introduces a national threshold to enter paliament of 1 per cent. This is comparatively higher than the previous regional threshold of 3 per cent. “The procedure for the adoption of the amendments to the Constitution and as well to Law No. 118 [the electoral code] was extremely hasty,” the opinion reads.
Read the full article here: Balkan Insight