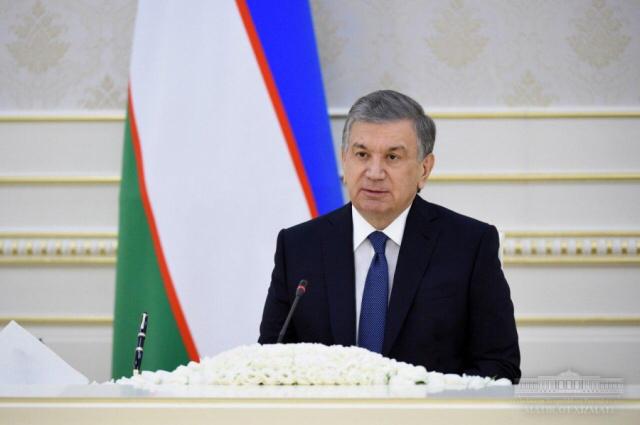 President of Uzbekistan, Shavkat Mirziyoyev (photo credit: UzReport)
President Shavkat Mirziyoyev has embarked on his second term of office with a pledge to reform Uzbekistan’s constitution. He did not specify what changes he had in mind, as he made the announcement when he was sworn into office on November 6, following his landslide re-election victory last month. [...] Mirziyoyev has embraced an ambitious economic reform agenda since he came to power in 2016, and allowed greater freedom of speech and more space for civil society. However, large-scale political reform has been conspicuous by its absence. No opposition parties have managed to register, and he faced only stalking horses during last month’s election. [...] The president presented his plan to reform the constitution as a grassroots initiative. [...] One point that may be on Mirziyoyev’s mind as he embarks on what is, according to the current constitution, his last five-year term of office is whether he will be ready to relinquish power in 2026, when he will be 69 years of age. Central Asian presidents have frequently tinkered with constitutions to cling to power.
Read the full article here: Eurasianet