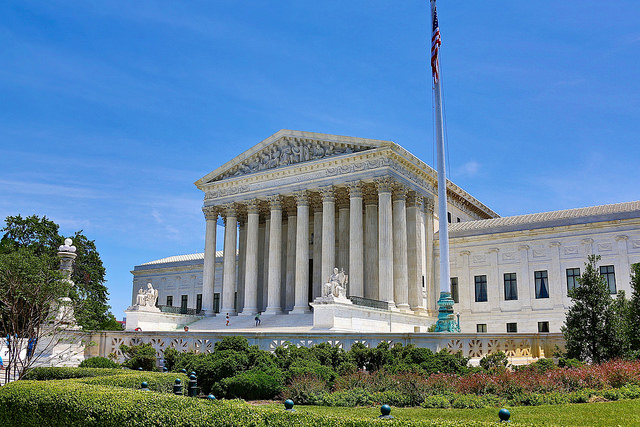 US Supreme Court building (Photo credit: Flickr)
The Supreme Court declared Monday that it will consider whether gerrymandered election maps favoring one political party over another violate the Constitution, a potentially fundamental change in the way American elections are conducted. So far, the Supreme Court has never found a plan unconstitutional because of partisan gerrymandering. If it does, it would have a revolutionary impact on the reapportionment that comes after the 2020 election, and could come at the expense of Republicans, who control the process in the majority of states.
Read the full article here: Penn Live