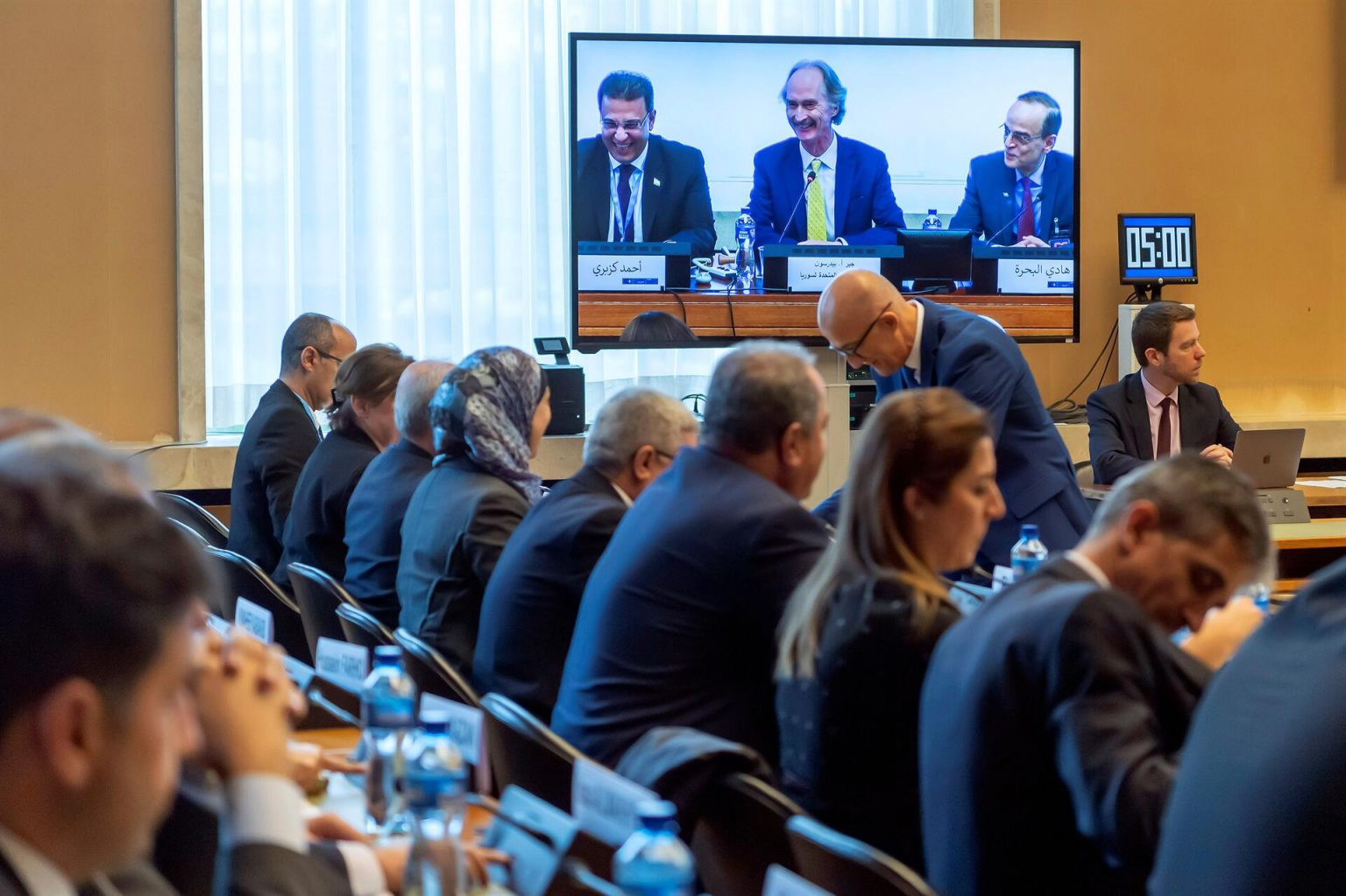 Meeting of the Syrian Constitutional Committee (photo credit: Anadolu Agency)
UN Special Envoy for Syria Geir Pedersen said that he is ready to convene a new session of the Constitutional Committee, which is tasked to draft a new constitution for the war-torn country.  [...] "It is important that delegations not only table constitutional texts but that all, including the delegation that has not yet done so, are ready to commit to revising them in light of the discussions," he said.   "We need a productive drafting process according to the committee's mandate." The previous session in October failed as the co-chairs were not able to agree on the mechanisms for progressing the discussions on proposed constitutional texts further.   They also failed to agree on dates for future sessions.  "The committee must work, as its Terms of Reference outline, 'expeditiously and continuously to produce results and continued progress'. I have discussed concretely with both co-chairs what this would look like, and I am continuing to engage in an effort to produce a clear understanding," Pedersen told the Security Council.
Read the full article here: DT Next