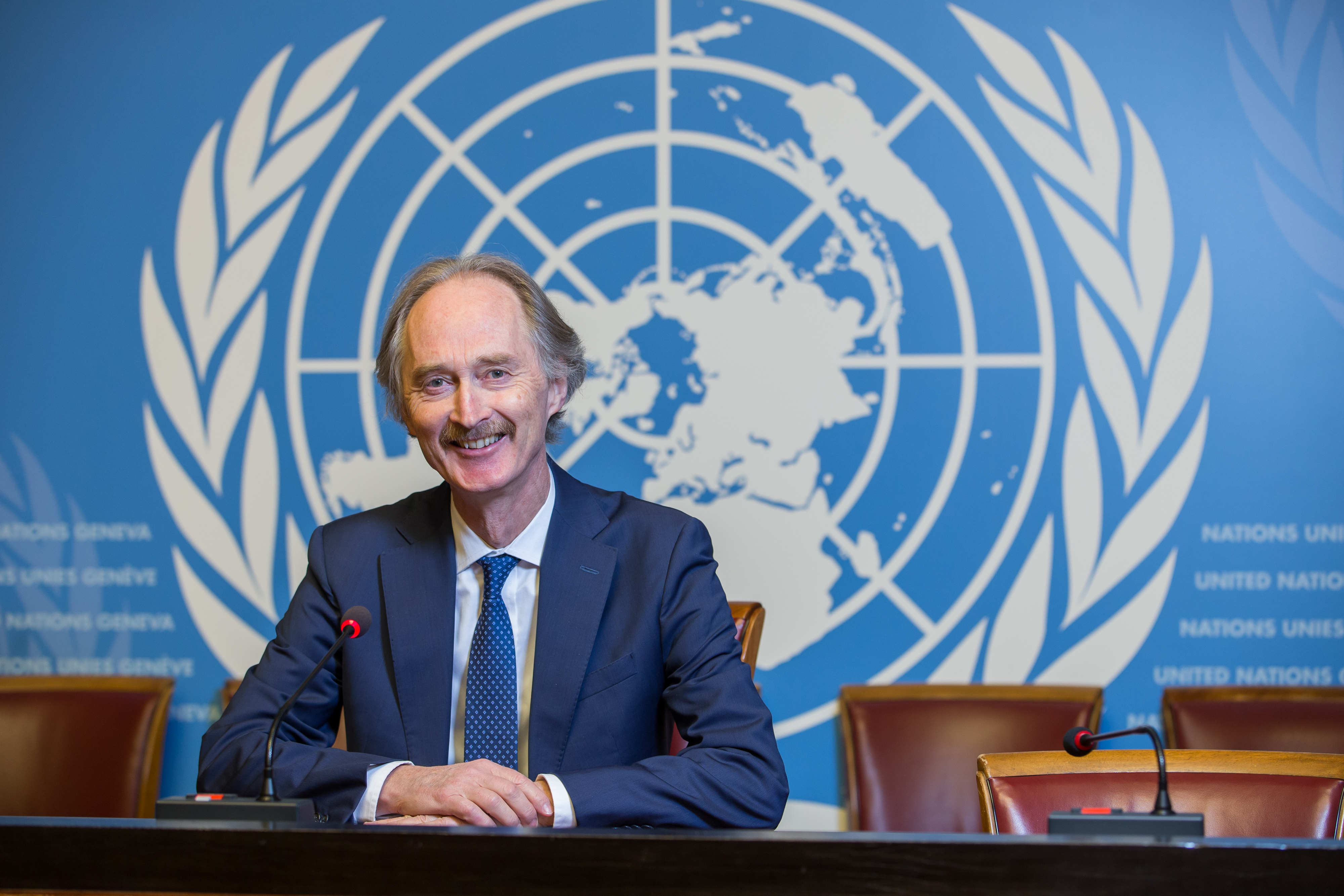 UN special envoy for Syria Geir Pedersen (photo credit: UN Geneva/flickr)
Geir Pedersen, the UN’s special envoy for Syria, has put forth a draft agreement designed to promote progress at the next round of talks on Syria’s constitution in Geneva. Copies of the proposed plan were sent to the two co-chairs of the Syrian Constitutional Committee (SCC), Ahmad Kuzbari, who represents the Syrian government, and Hadi Albahra from the opposition. [...] In the proposal, Pedersen presented a five-point plan for the next round of talks. He requested that written proposals for basic principles to be included in the draft constitution be submitted by both the government and opposition delegations before heading to Geneva for negotiations.
Read the full article here: Asharq Al-Awsat