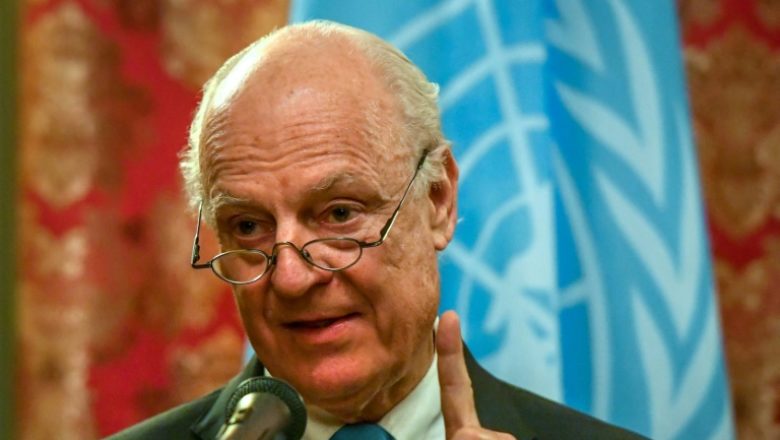 UN Envoy to Syria Staffan de Mistura (photo credit: AFP)
The UN peace envoy for Syria said Tuesday that he plans to host Iran, Russia and Turkey for talks in September on finalising a committee to write a new Syrian constitution. The Syrian government has expressed reservations about the proposal but in May, it sent a list of names of officials to take part in the new diplomatic effort. The opposition recently also sent its list of delegates.
Read the full article here: AFP