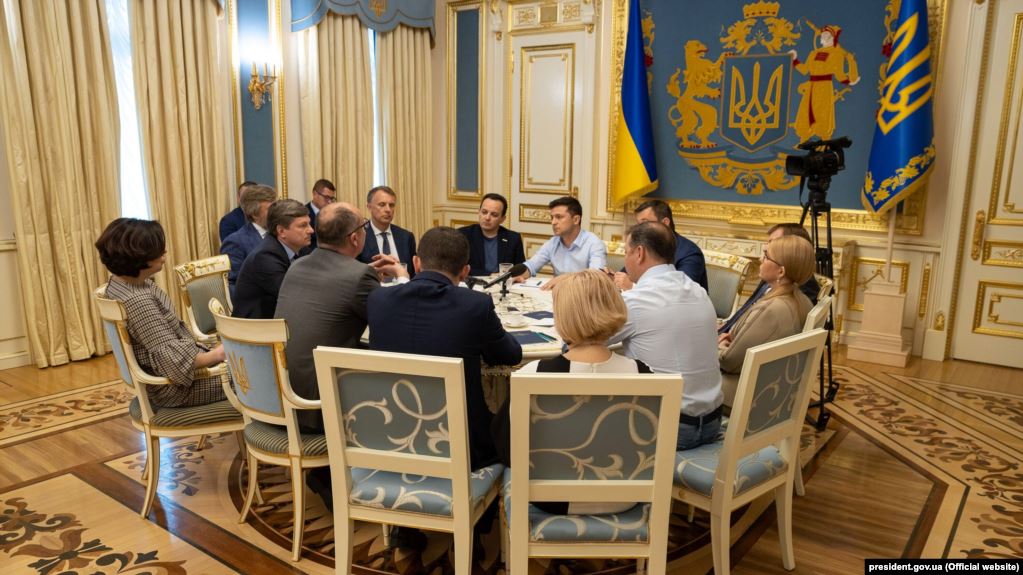 Ukrainian President Volodymyr Zelenskiy meeting with the leadership of the Verkhovna Rada (photo credit: RadioFreeEurope)
Ukraine’s parliament is scheduled to hold an extraordinary session on May 22, two days after the inauguration of President Volodymyr Zelenskiy. Earlier on May 21, Zelenskiy issued a decree to dissolve the Verkhovna Rada and set snap parliamentary elections for July 21. Zelenskiy said the emergency parliament session, scheduled to start at noon local time will discuss amendments to the electoral law. Zelenskiy has called for electing the next chamber entirely on party lists, arguing that the current system in which part of parliament is elected in single ballot races favors corruption.
Read the full article here: Radio Free Europe