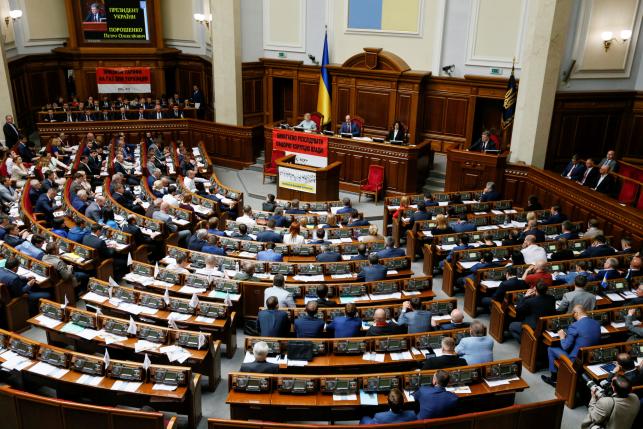 Ukrainian president Petro Poroshenko addresses parliament before the vote (photo credit: REUTERS/VALENTYN OGIRENKO)
<p><span style="line-height: 20.4px;">Ukraine's parliament approved on Thursday judicial reforms that Western backers say are needed to fight corruption, in the first constitutional vote the ruling coalition has pushed through since an overhaul of the government in April.</span></p><p>Bribery in the court system is seen as a major obstacle to Ukraine's broader reform effort under a $17.5 billion International Monetary Fund bailout program that political infighting has threatened to derail.</p><p>The bill, which aims to curb political influence on the appointment of judges and limit their immunity in case of malpractice, was backed by 335 lawmakers, 35 more than the required votes needed for changes to the constitution.&nbsp;</p>
Read the full article here: Reuters