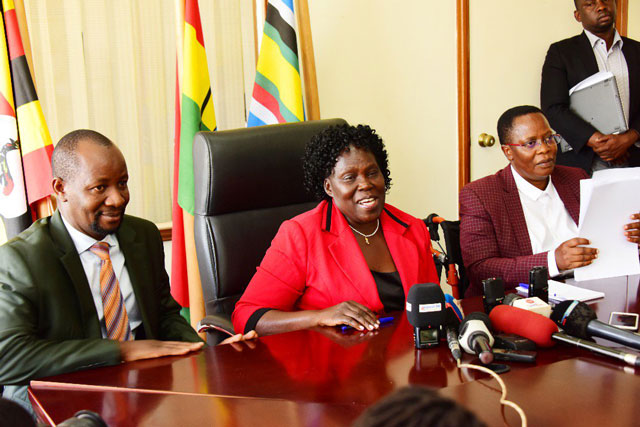 Leader of Opposition Betty Aol Ochan (middle) (photo credit: The Independent)
Kampala, Uganda | THE INDEPENDENT | The Leader of Opposition Betty Aol Ochan has unveiled ten proposed electoral reforms and constitutional amendments by the opposition, saying government has delayed to table a comprehensive bill. Key among the proposed reforms are reinstating and entrenching presidential term limits in the constitution, scraping UPDF representation in parliament and any partisan institutions and having the deputy president as a running mate to the president during elections.
Read the full article here: The Independent