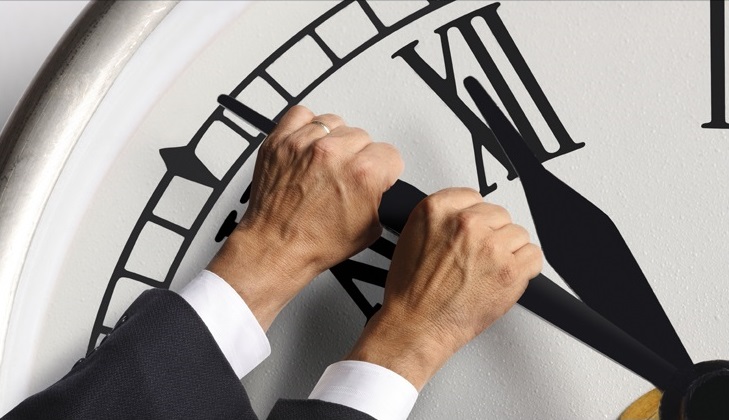 In January 2015, the Constitution Drafting Committee (CDC) began drafting the new Thai constitution with the promise of significant changes to return true democracy to the country. Yet, as the drafting continues, there is growing concern that it will never deliver on its promise. Thailand’s clock will turn back at least two decades to the pre-1997 era, which was characterized by weak and chaotic government and by the unchecked power of unelected elites.

The major concern of the CDC is how to prevent parliamentary dictatorship. Before 1997, a series of coalition governments characterized Thailand, as the block vote electoral system ensured that no political party could secure an outright parliamentary majority. While this system guaranteed checks and balances within the cabinet, it generated a great deal of political instability. Fighting within the coalition often paralyzed or even brought down the government before it could begin its work. The 1997 ‘People’s Constitution’ reinstated the mixed electoral system, where 400 MPs were elected via the first-past-the-post system and another 100 via the party list system. This change drove small parties out of politics - leaving only the two biggest ones, Thaksin Shinawatra’s Thai Rak Thai Party and its rival, Abhisit Vejjajiva’s Democratic Party. As Thaksin’s extensive control had escalated into abuse of power during his mandate as prime minister between 2001-2006, the 2007 constitution reinstated the block vote system and divided the national party list into eight regional lists. Smaller parties then flourished again. As part of the ongoing constitutional reforms, the CDC proposed a mixed-member proportional representation system. With no party able to gain a majority, coalition government is inevitably coming back.

Initially, the proposals concerning the rules for selecting the prime minister focused on insulating the PM from the influence of parliament. One idea suggested that the PM and each cabinet member should be elected directly. Another proposed that a five-member council should hand-pick the prime minister. The latter approach would isolate the PM from legislative control, as well as the public, and weaken the cabinet itself. However, the CDC finally agreed to entrust the House of Representative with nominating whomever they see fit to be the prime minister. As a result, the prime minister would not have to be elected – nor would he need to be affiliated with any political party. Essentially, anyone could become prime minister provided he is hand-picked by the House of Representatives. The CDC justified this choice with the need for a ‘middleman’ prime minister who could intervene in time of a political deadlock. Especially since historically, the middlemen were from the army or the Privy Council.

To ensure transparency and level the political playing field, the CDC also proposes greater scrutiny. According to the Chairman of the CDC, Borwornsak Uwanno, election campaign rules would become stricter, as campaigns would require pre-authorization by the Election Commission. The campaign would need to involve a public debate and any “populist policies” are planned to be filtered out. The exact filtering methods are yet to be seen – and might be questionable from a freedom of speech perspective. For greater transparency, the candidates’ personal details would be disclosed in the ballots instead of their numbers and the Constitutional Court could be petitioned directly for a stay of a politician’s action or even for the dissolution of the party. The draft proposes the relaxation of impeachment rules, such that only a simple majority of parliamentary votes would be needed for a motion to pass. This would make it easier for Parliament to bring down the administration and would only increase the vulnerability of the already feeble government. Moreover, a politician could be impeached retroactively. If found guilty, his or her political rights could be suspended for five years. Even if (s)he survives the motion to impeach, his or her name would be put on a list to be voted by the public in the next general election that could result in a ban from politics for life. This radical idea was proposed by the People’s Democratic Reform Council, the extreme group that had shut down Bangkok for six months in 2014.

The CDC has vowed to create not only a ‘good system of government’ but also to find ‘good people’ to run it. The definition of a ‘good person’ is vague but generally refers to one who is ethical and free from political influence. In this vein, the draft constitution proposes to transfer the power to appoint and remove government officials from the cabinet to a new independent commission. Moreover, the newly-established ‘National Virtue Assembly’ would also conduct background checks and set moral standards for public officials. Given the lack of transparency of the CDC’s exact proposals, the details of the Assembly’s operation remain unclear. However, judging from the National Reform Council’s proposal, it would have competence to go beyond just checking the candidate’s criminal records and could potentially extend to screening candidates’ personal beliefs. As political discourse in Thailand has become extremely moralistic, the ‘National Virtue Assembly’ could potentially offer an excuse to eliminate political opponents, who diverge from a traditional and extremely conservative Buddhist ideology.

The only part of the constitution that would remain the same is that defining the rights and liberties of Thais. The 1997 constitution had extensively covered civil, political, economic and cultural rights. All subsequent charters followed the trend by expanding them. However, almost two decades after the adoption of the ‘People’s Constitution’, many of these rights remain unfulfilled. Human rights violations are widespread and government agencies are rarely held liable. Moreover, the CDC proposed to merge two independent agencies, the National Human Rights Commission (NHRC) and the Ombudsman into a new body - a move that triggered domestic objections and international criticism, also mindful of the different roles the agencies play in Thai rights protection. While both the NHRC and the Ombudsman are condemned for political bias, these agencies are the main rights protectors that have always been overwhelmed with complaints. Their merger in effect leaves Thais with fewer channels to redress wrongful state actions.

Meanwhile, current Thai politics remains a battleground between the poorer masses and the traditional elite, led by bureaucrats. The new constitution would help the elite fulfill its aspiration of total control over the country. As the fear of parliamentary dictatorship reaches hysterical levels, the CDC’s proposed solution is an electoral system that would only ensure a fragmented parliament and a coalition government. The distrust in the majority’s wisdom has led to micromanagement. As a result, the draft constitution goes into tedious details on how the government should operate and proposes harsh punishments for opponents. Thai politics is at risk of traveling back to the pre-1997 era when the PM was too busy with constantly reshuffling his cabinet to please its political alliance, while the administrative branch slowly consolidated its power to become the de facto fourth branch of power. The government is so fragile that one disgruntled individual could sabotage its operation by filing a case to the Constitutional Court. Even though the constitutional court justices are appointed by an ad-hoc commission that is meant to be independent, in the past two years it has handed down a number of controversial decisions criticizing Thai politicians that have played a role in ousting at least four governments.

The CDC’s proposals provoke concerns that the new constitution would bring about a chaotic cabinet with limited power that is unable to implement any significant policies. At the same time, the elite could manipulate the government through these newly established bodies, the appointment of an unelected prime minister and screenings based on the ‘right moral standard’.

Meanwhile, the public remains uninterested in the CDC’s work. This is in contrast with the drafting of the 1997 and the 2007 constitutions that saw lively debates. The indifference is due to scant information as the draft is not publicly available. Fear is also a factor. The junta continues to detain dissenters on a daily basis and the CDC shows no interest in listening to public opinion. It even benefits from the silence since it means less resistance to its draft. The public’s exclusion from the process raises ownership and legitimacy questions that will impact the constitution’s smooth operation.

But the public will not remain silent forever. The two decades since the enactment of the 1997 constitution have not been in vain. The ‘People’s Constitution’ had wakened the majority to realize that democracy matters. People have been fighting for the future, for a more stable and functional government that is responsive and accountable.

Quietly, beneath the calm surface, another political crisis lurks.

Khemthong Tonsakulrungruang is a Constitutional Law scholar in Thailand

Anonymous 10 May 2015
this pop up blocks the article I am trying to read.
Katalin Dobias 17 May 2015
Dear user, the comments/questions box slides in to encourage our readers to engage with the articles we publish. Nevertheless, clicking on the black bar on its side should help with removing the box.