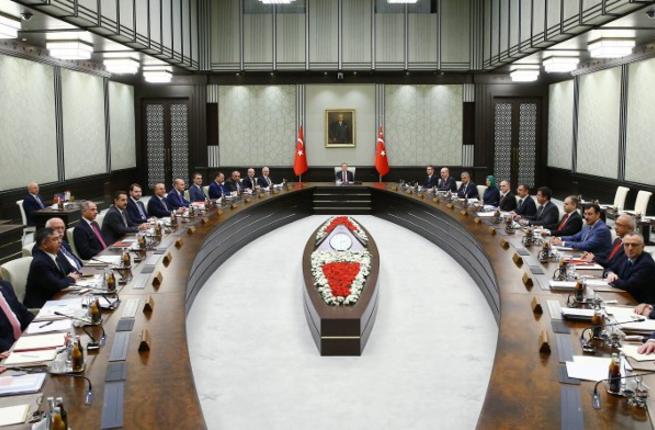 President of Turkey Recep Tayyip Erdogan (C) chairing the meeting Cabinet (photo credit: AFP/Kayhan Ozer)
<p><a target="_blank" href="http://www.dailystar.com.lb/News/Middle-East/2016/May-28/354030-turkey-party-seeks-constitutional-change-to-boost-erdogan.ashx">Turkey's ruling AK Party</a>&nbsp;is now seeking a revision to the constitution that would allow President Recep Tayyip Erdogan to be re-affiliated with his political party, AFP reported.</p><p>Erdogan, one of the founding members of the AKP, had to step down as head of the party when he became president in 2014, as the Turkish constitution requires the president to be politically neutral.</p>
Read the full article here: Al Bawaba