Turkey: Draft constitution to be submitted to parliament end of April 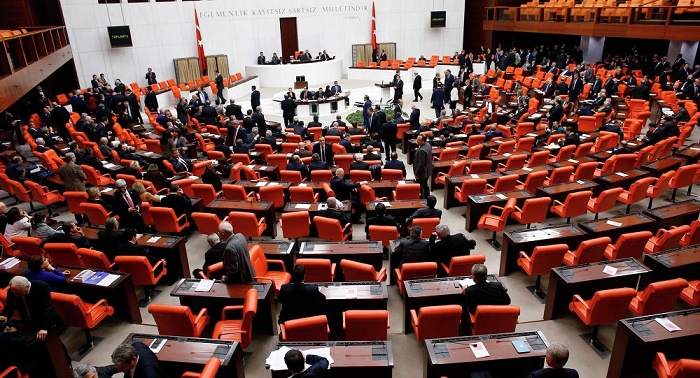 Turkish Parliament (photo credit: Azerbaijan Vision)
<p><span>The draft of a new Turkish constitution will be submitted to the national parliament for consideration before the end of April, Prime Minister Ahmet Davutoglu said Wednesday.</span></p><p><br><span>The ruling Justice and Development Party (AKP) wants to secure a transition from the present parliamentary to a presidential form of government through a new constitution.&nbsp;</span><span>"Next week, AKP`s committee will begin work on a draft constitution. Next month, no later than in the end of April we will present it to parliament. Parliament debates on the draft will be held in May-June," Davutoglu told reporters.</span></p>
Read the full article here: Azerbaijan Vision