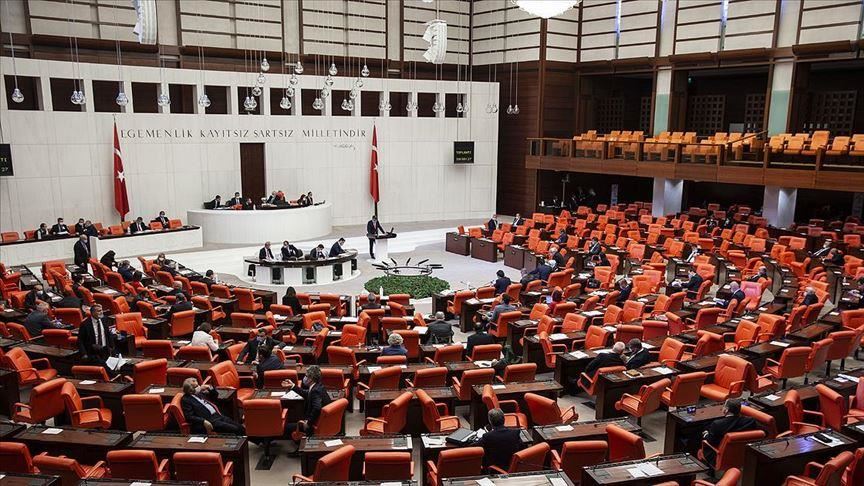 Parliament of Turkey (photo credit: aa.com.tr)
Parliament’s constitutional committee on [24 January] ratified the amendment that guarantees the constitutional right to wear the headscarf and redefines marriage in more concrete terms. [The amendment] stipulates that the exercise of fundamental rights, freedom and the utilization of property and services offered by public and private institutions cannot be contingent on whether a woman wears the headscarf or not. The amendment declares that no woman, under any circumstances, can be deprived of exercising her basic rights and freedoms, such as education, work, the right to elect and be elected, political activities, civil service or utilizing property and services offered by public and private institutions owing to wearing the headscarf for religious reasons or as part of the attire. She cannot be condemned, accused, or subjected to any form of discrimination for it. [...] Following its approval at the constitutional commission, the amendment proposal is now headed to the general assembly of the 600-seat Parliament, which will open it up for discussion in all its aspects, including rejection and alteration of certain items. If three-fifths of Parliament, meaning at least 360 lawmakers, knocks it down, the amendment will be rejected. However, in the case of more than 360 yet fewer than 400 votes in its favor, the amendment will pass and be forwarded to the president who either holds a referendum or sends it back to the lawmakers for more assessments. If the amendment secures more than 400 "yes" votes, it passes automatically and the president either opens it up for public opinion or puts it into effect directly. If the issue goes to referendum, Türkiye could be casting its vote on the same day as the general elections this spring.
Read the full article here: Daily Sabah