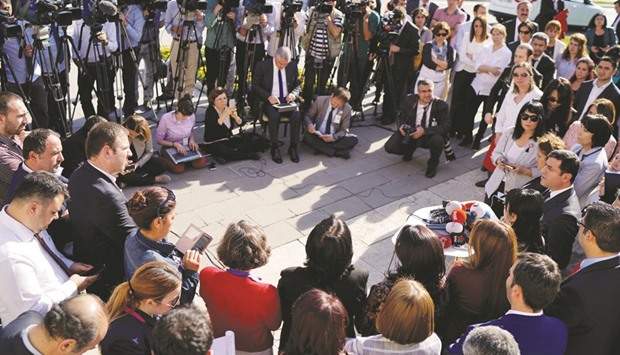 Leaders of pro-Kurdish Peoples’ Democratic Party attend news conference (photo credit: Gulf Times)
<p><span>Turkey’s parliament has adopted a highly controversial bill that would lift immunity for dozens of pro-Kurdish and other MPs and could see them evicted from parliament, sparking fresh domestic and international concern.</span></p><p><span>German Chancellor Angela Merkel will raise concerns over the legislation during a meeting with President Recep Tayyip Erdogan next week, her spokesman said. &nbsp;</span><span>The EU is pressuring Ankara to narrow its definition of terror to stop prosecuting academics and journalists for publishing “terror propaganda”.</span></p>
Read the full article here: Gulf Times