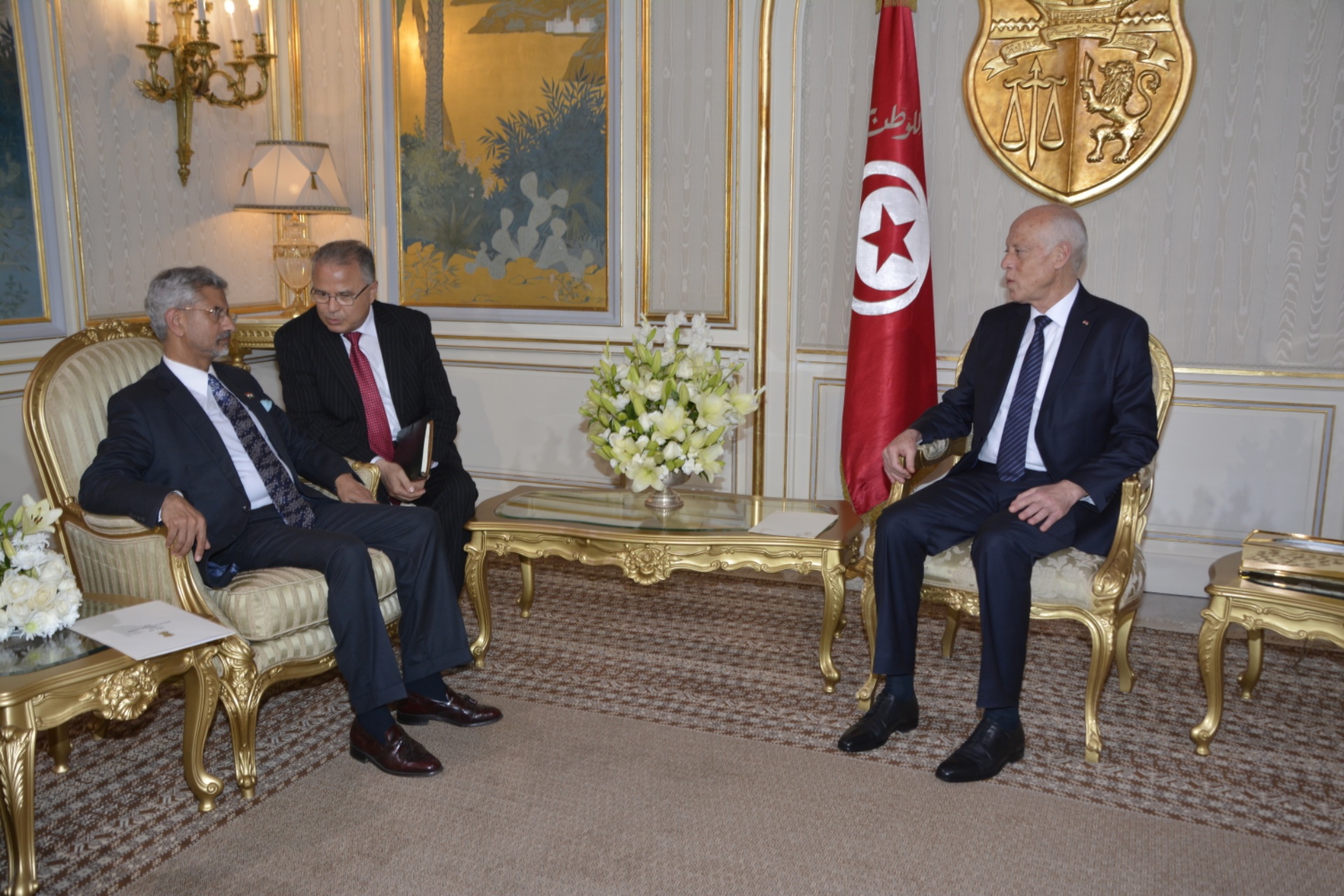 President Kais Saied of Tunisia (photo credit: MEAphotogallery/flickr)
Tunisian President Kais Saied refused to sign the Constitutional Court Law amendments introduced by the parliament, fearing they would be used to overthrow him. [ . . . ] Constitutional law experts voiced their concerns that the recent amendments could be used to remove Saied from office. The parliament approved the ratified revisions of the draft bill for electing members of the Constitutional Court and reduced the number of votes from 145 to only 131. The amendment was proposed by Ghannouchi to reduce the number of votes constitutionally necessary to pass the members of the court to 109 votes representing the absolute majority.
Read the full article here: Asharq al-Awsat