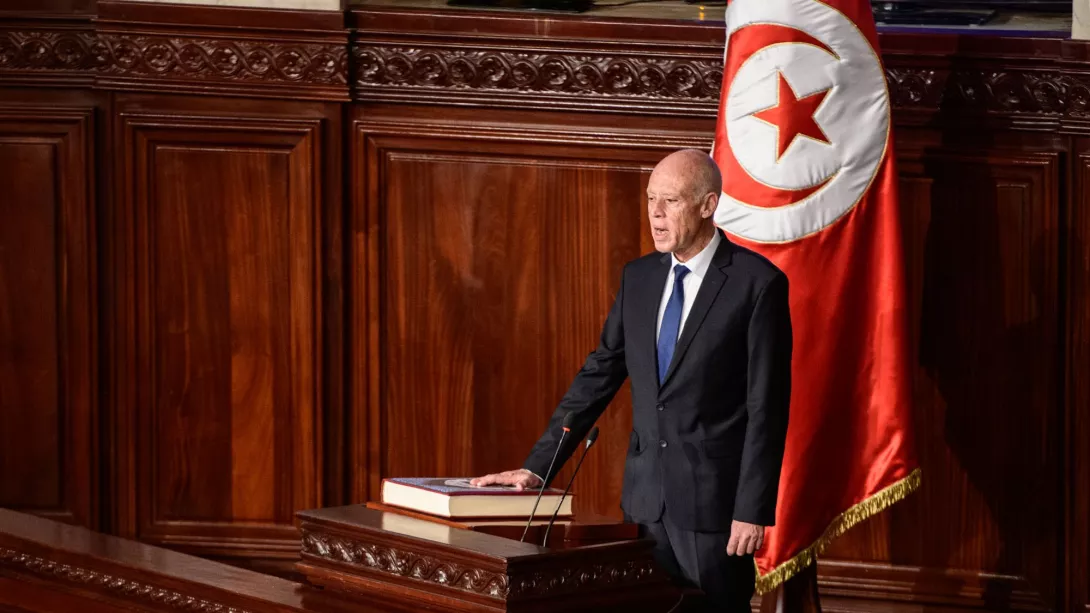 Tunisian President Kais Saied (photo credit: Thierry Brésillon)
Tunisian President Kais Saied announced on [11 September] the appointment "as soon as possible" of a new government and mentioned a future reform of the Constitution, during a walkabout in Tunis. [...] President Saied also referred to the 2014 Constitution, saying that he "respects it but we can introduce amendments to the text". According to him, "the Tunisian people rejected the Constitution" and "Constitutions are not eternal". It is therefore necessary, in his eyes, "to amend while respecting the Constitution", while keeping in mind that "sovereignty belongs to the people". In recent days, many media outlets have speculated that a provisional government will soon be announced, followed by a revision of the Constitution, which will then be submitted to universal suffrage via a referendum, before new legislative elections. [...] In a statement, the Islamist-inspired Ennahdha party, which had the most seats in the parliament frozen by Mr. Saied, expressed "its categorical rejection" of "any suspension of the application of the Constitution" or "change in the political system, possibly via a referendum.
Read the full article here: Africa News