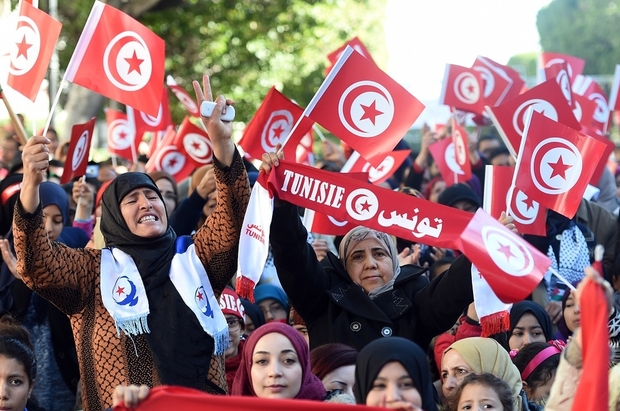 Tunisian women at a rally in Tunis marking the 5th anniversary of the 2011 revolution (photo credit: AFP)
<p><span>The new law should ensure that women occupy around 50 percent of local council seats when elections take place next year.&nbsp;</span></p><p>Tunisia’s parliament overwhelmingly passed a bill on Wednesday that will greatly help the country to increase female representation across the country at next year’s March 2017 local elections.&nbsp;<span style="line-height: 20.4px;">The new laws will see parties or blocks put forward an equal number of male and female list leaders, which should step up representation.</span></p>
Read the full article here: Middle East Eye