In Tunisia, unveiling of draft constitution expected amid ongoing protests 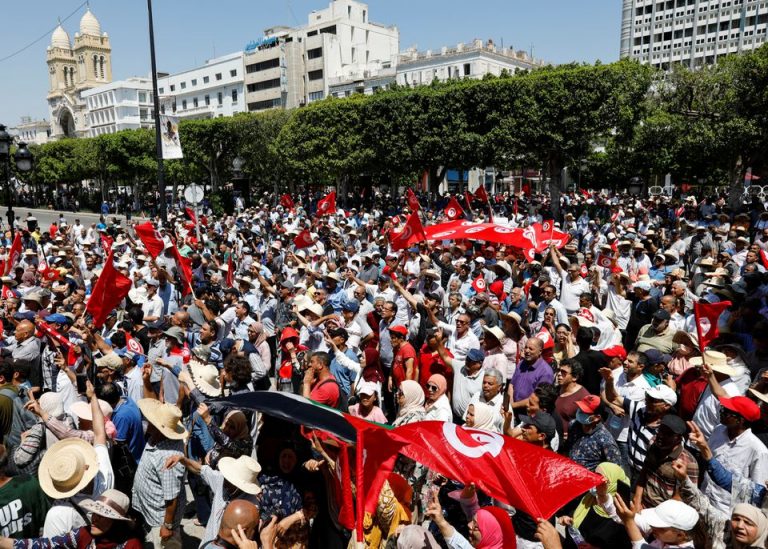 Protests against referendum (photo credit: Reuters / Zoubeir Souissi)
The draft of Tunisia’s new Constitution to be put to referendum in July is expected to be unveiled [20 June] while protests calling for the referendum boycott are continuing. The draft will be presented to President Kais Saied, law expert Amine Mahfoudh said Sunday, according to Webdo Tunis. The constitutionalist is member of a national consultative commission established by the President to draft a new constitution that will replace that of 2014, adopted in the wake of the 2011 revolution that removed former autocratic leader Ben Ali. [...] President Saied initiated the national dialogue after he seized all major powers on July 25, dissolving the parliament, and seizing the executive power. He argued that the move is meant to restore the country but he suffered criticism at home and abroad, as the referendum meets neither national nor international standards. [...] The National Campaign against the July 25, 2022 referendum also staged on [19 June] a protest movement at the entrance of the medina of Nabeul and a march towards the local seat of the Independent Higher Authority for the Elections (ISIE).
Read the full article here: North Africa Post