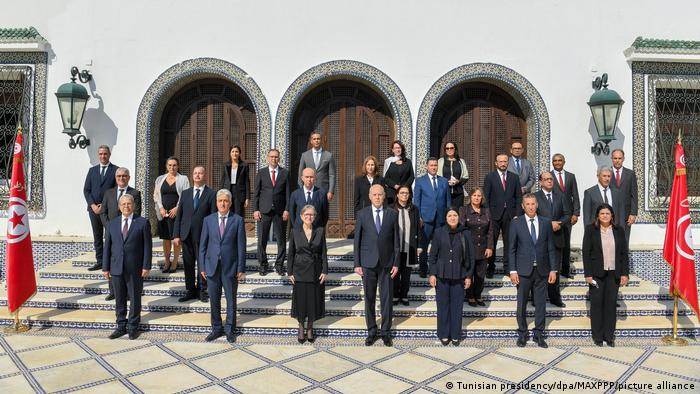 Tunisian president names new government (photo credit: Présidence du Gouvernement Tunisien)
Tunisia's president unveiled a new government on Monday, but gave no hint when he would relinquish his near total control after seizing most powers in July, or start reforms needed for a financial rescue package to avert economic disaster. Under rules President Kais Saied announced last month when he swept aside much of the constitution in moves critics called a coup, the new cabinet will ultimately answer to him rather than Prime Minister Najla Bouden. Several of the main cabinet members, including the foreign and finance ministers, were already serving Saied in an interim capacity, while the new interior minister is one of his staunchest allies. Saied has thrust the democratic gains of Tunisia's 2011 revolution into doubt with his seizure of executive authority and suspension of the elected parliament, and has given no clear programme to restore normal constitutional order.  He has awarded himself the power to appoint a committee to amend the 2014 constitution and put it to a popular referendum, but has given no further details beyond saying he will soon announce a dialogue with Tunisians
Read the full article here: Reuters