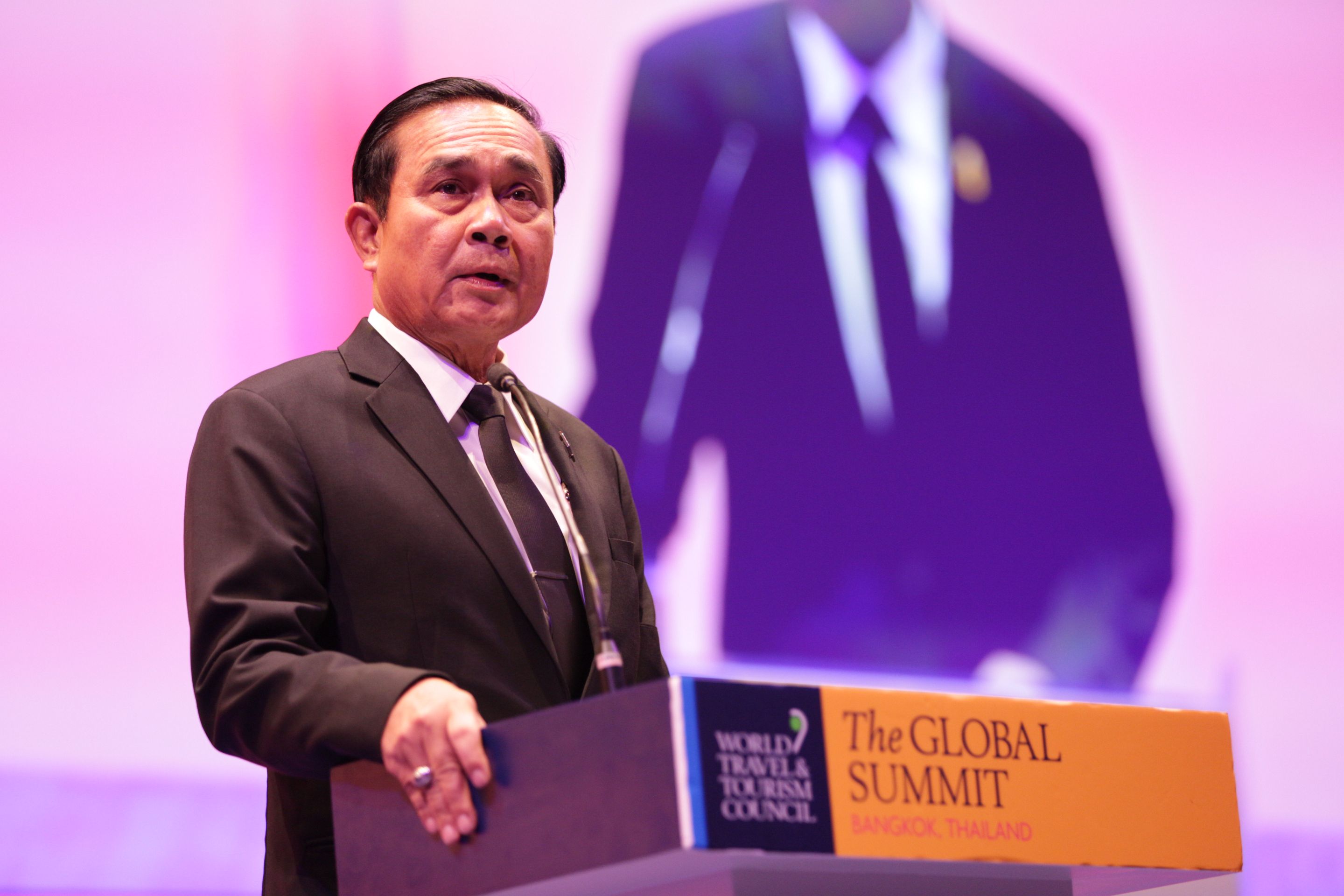 Prime Minister Prayut Chan-o-cha of Thailand (photo credit: World Travel & Tourism Council/flickr)
Prime Minister Prayut Chan-o-cha has vowed to push for constitutional amendments, saying the government will present its own version of a charter rewrite bill in the next parliamentary session. Speaking after a cabinet meeting, the prime minister said his position has been to support the House committee assigned to study charter amendments. If and when the opposition submits a charter change bill to parliament, the government will also present its version, Gen Prayut said.
Read the full article here: Bangkok Post