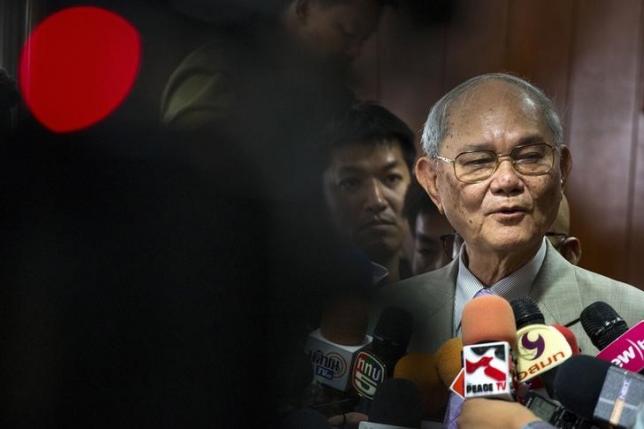 Meechai Ruchupan, Head of Constitution Drafting Committee (photo credit: REUTERS/ATHIT PERAWONGMETHA/FILES)
<p>Thailand published a draft constitution on Friday but the official in charge of drawing it up said he feared it would not resolve long-running troubles and critics said it would produce weak civilian government under the sway of the military.&nbsp;<span style="line-height: 20.4px;">The draft of Thailand's 20th constitution is to replace one scrapped after a 2014 coup by generals who promised stability in Southeast Asia's second biggest economy and to heal divisions after a decade of turbulence.</span></p>
Read the full article here: REUTERS