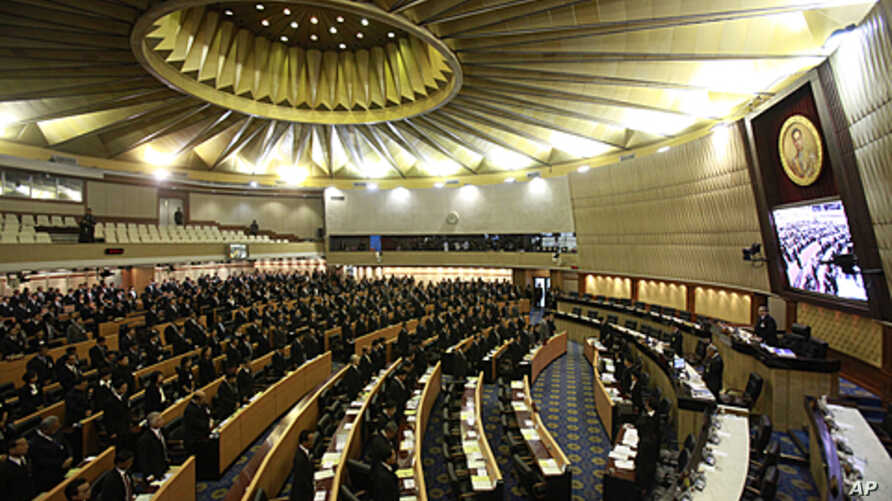 Parliament of Thailand (photo credit: AP)
Thailand’s parliament on [10 September] approved a constitutional amendment bill to change the election system which analysts said could favor bigger parties including one backing Prime Minister Prayuth Chan-o-cha while proving advantageous to the opposition Pheu Thai Party as well.  The joint session of the parliament voted for the bill 472 to 33, while 187 lawmakers abstained. “The constitutional amendment bill which the parliament has passed will change the electoral system from a one-ballot system to a two-ballot system,” said Jurin Laksanawisit, deputy prime minister and leader of the Democrat Party.  The two ballots include one for candidates in single-seat constituencies and another for the political party of the voter’s choice. The number of representatives to be directly elected will increase by 50 to 400 while the number of members to be appointed through proportional representation by party choice votes will fall by 50 to 100, said Laksanawisit, who proposed the bill.  The bill amending the constitution will be sent to King Maha Vajiralongkorn for his endorsement. If he endorses, it will be put before the nation’s 51 million voters in a referendum which must occur before the 2023 general election.
Read the full article here: BenarNews