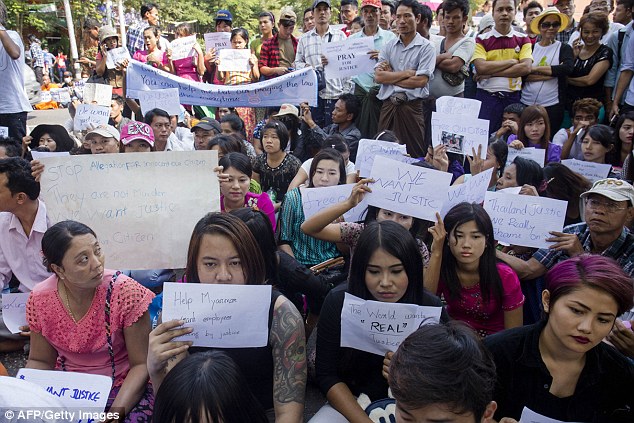 The law prohibits being 'rude, aggressive, or intimidating' while discussing draft constitution (photo credit: Daily Mail)
<p>The Thai Ombudsman’s office said Wednesday it would ask the Constitutional Court to rule on whether a government ban on misleading or rude speech about a referendum over a draft charter is unconstitutional.</p><p>The office was sending a letter to the court to ask it to review, interpret and clarify Section 61, a clause of a new law that stipulates rules for speech during the run-up to a referendum set for Aug. 7, a spokesman said. The referendum marks the first time that Thais will be going to the polls since a military-led government seized power in May 2014.</p>
Read the full article here: Benar News