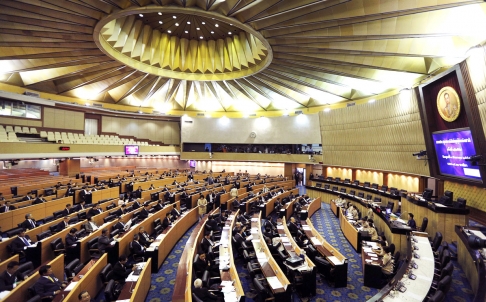 Thailand legislative assembly [photo credit: AFP]
<p>The Constitution Drafting Committee (CDC) resolved yesterday that 77 senators would be elected and 123 senators indirectly elected, a source said yesterday.&nbsp;<span style="line-height: 20.3999996185303px;">The 77 provinces would elect one senator each, but a committee to search 10 specialists and people of high moral grounds in each province as indicated earlier in the draft charter. The idea of the committee has been dropped so voters can freely vote for a senator.</span></p>
Read the full article here: The Nation