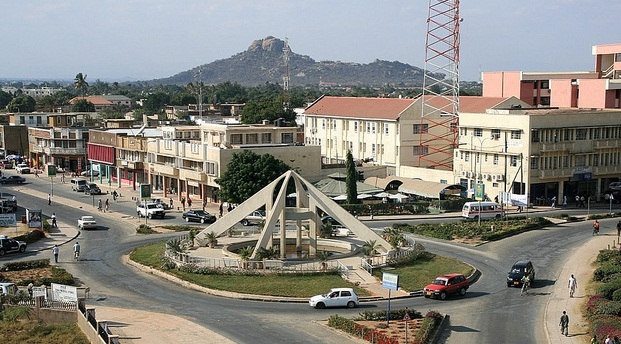 Dodoma: Tanzania’s legislative capital and seat of the Constituent Assembly

Popular participation, as I have previously written, is one of the hallmarks of the new Tanzanian Constitution building process. The long title to the Constitution Review Act No.8 of 2011, underscores this fact. It reads, “An Act to provide for the co-ordination and collection of public opinions on the constitution”.

Citizen involvement is expected to give the new constitution legitimacy and facilitate broader ownership of the country’s Constitution in a social and political context that differs fundamentally from the situation pertaining in 1977 when Tanzania’ s Constitution was last reviewed.

In its reports, the Constitutional Review Commission (CRC) has indicated in detail how it involved the citizenry in developing the Draft Constitution in all stages of its work- from soliciting views from ordinary Tanzanians across the country on what should be included in the constitution. This was done through the Mabaraza ya Katiba—a form of citizens’ constitutional fora—convened at the level of the Ward across the country.

The population was not restricted in terms of what they could or could not suggest. Understandably, not all issues raised were of constitutional import. A number carried policy implications and thus could be constitutional by association. The intention was to come up with a final draft that would represent a broad consensus to be tabled before the Constituent Assembly (CA).

But come the CA, a national consensus is proving elusive. Deep divisions reigned between members of the CA, the major point of contention being the CRC’s recommendation for a union structure made up of three governments. Hence, in addition to the Union Government (which under the current Constitution mostly caters for the affairs of Mainland Tanzania or Tanganyika) and the Revolutionary Government of Zanzibar, a separate government will be created for the Mainland. On the eve of the CA the ruling party, Chama Cha Mapinduzi (CCM), announced that as a party, they would defend the current two tier government consisting of the Union and Zanzibar governments.

This assertion irked members from the Opposition who criticised the ruling party of hijacking a national process. They warned CCM against passing a constitution that reflects CCM’s will and not the popular will. In response, the Opposition teamed up with some of the 201 members appointed from different interest groups to form a coalition dubbed Umoja wa Katiba ya Wananchi (UKAWA) to defend the people’s Draft Constitution.

In the scrimmage for the Draft Constitution aired live on national television millions of Tanzanians have witnessed how a process that was intended to bring Tanzanians of all persuasions together to deliberate on the nation’s future is turning into an ugly mudslinging where no one is spared from recrimination, condemnation or rejection.

The first victim of the vicious attacks from ruling party cadres—young and veterans alike— was the Chair of the CRC, Judge Joseph Sinde Warioba, who has also previously served as Prime Minister and Attorney General.  As a former public figure, the attacks on him were unparalleled in the country’s history. His peers in CCM publicly disowned him for recommending a three government structure. They faulted Warioba’s Commission for going outside their terms of reference claiming that the CRC was tasked to coordinate popular views to inform a new constitution and not to review the structure of the government. This criticism is despite the fact that Warioba was a key architect of past constitutions including the current Constitution, adopted in 1977.

However, efforts to demonize and discredit Warioba proved unsuccessful both inside and outside the CA following strong public support. The ability of CCM getting their way in the CA fell squarely on winning Zanzibar: CCM does not have a two thirds majority among CA members from Zanzibar to manipulate the process. For this reason Zanzibar has become the make or break point for both the ruling party as well as UKAWA.

Judge Warioba made similar remarks when presenting the Draft Constitution before a fully attended CA in Dodoma. He revealed that various government institutions, as well as public figures (including the Office of the Vice President and the Zanzibar House of Representatives) had expressed to the CRC the desirability of the three tier government structure. Faced with a barrage of criticism, Pandu Kificho disowned Warioba saying that he was quoted out of context.

This renunciation did not appease those members from Zanzibar who felt their agenda was being compromised. CCM political heavy weights in Zanzibar including a former Chief Minister, Shamsi Vuai Nahodha, former Deputy Chief Minister and Minister for Education, Juma Ali Shamhuna, the Deputy Speaker Ali Abdallah Ali and the leader of the ruling party in the House, Salmin Awadh called a Press Conference in Dodoma accusing the Speaker of betraying them and siding with an agenda that is linked with the opposition party.

Kificho, on his part, vehemently denied advocating for a three government structure. Rather, he asserted having recommended a structure that recognises three separate authorities that would give Zanzibar greater autonomy over non-union matters as well as over her economy. Ally Saleh argues that this could be construed as an endorsement of a three government structure. The Attorney General of Zanzibar, Othman Masoud Othman, is considered to be a chief proponent of this view.

Before Kificho was spared, the Chair of the CA, Samwel Sitta, who touted himself as the mzee wa speed na viwango (the master of speed and standards) soon came under attack from UKAWA, which had supported his candidacy for CA Chair. However, he soon lost their support following his attempts to unilaterally change the order of the business in the Assembly to allow the President of Tanzania to inaugurate the CA after and not before Warioba’s presentation of the Draft Constitution. UKAWA members strongly objected against this  violation of the CA’s procedure, arguing that the President’s role was ceremonial while that of Judge Warioba was an integral part of the procedures of the CA. Thus, on Monday, March 17 UKAWA brought the Assembly to a standstill such that the business of the day- the presentation of the Draft Constitution to the CA- could not proceed.

Sitta was crushed. To salvage the situation he was forced to concede to UKAWA demands to grant the Chair of the CRC more time to deliver his speech and to shelve other controversial plans on the agenda of the CA. This proved to be a stern reprimand of the limits that some in the CA expected business to be conducted announcing the end of the tendency to bulldoze others perceived to be numerically smaller.

Sitta suffered another blow after members of UKAWA walked out of the Assembly in protest, among other things, against the perceived laxity in enforcing the standing orders of the Assembly. This move indicated, in no uncertain terms, that as a collective, they had lost faith in his impartiality and leadership.

With the Opposition out of the Assembly, the majority may have prepared for a smooth ride. This was not to be. A popular diatribe used by Assembly members to discredit opponents is to claim agency from their constituency. Members of the CA would regularly stand up and claim being instructed by their constituents to support two governments or three governments as the case may be.

But this has backfired as organisations are not only distancing themselves from such claims, but also, from members purportedly representing them. For instance, the Zanzibar Youth for National Dialogues and Unity Organization (ZYNDUO) recently took issue with claims by one of its members—Siti Abbas Ali—sitting on the CA, that she had authority from ZYNDUO to support a two-tier government. The organisation further revealed it had never recommended Siti or any other name for appointment to the CA, thereby raising questions about how she was selected.

Far from being an isolated event, the Siti case is just a reflection of how many members from the 201 were appointed to ensure the ruling party’s dominance in the CA.

Not to be dismayed by UKAWA’s decision to take the new constitution on the road, ‘Tanzania Kwanza’ (Tanzania First) a coalition of about 400 CA members from mostly from the ruling party continued to hold fort in Dodoma. Their objective was to draw political mileage and give a fractured process some semblance of normalcy. It remains to be seen if indeed theirs will constitute the popular expression come 2015.