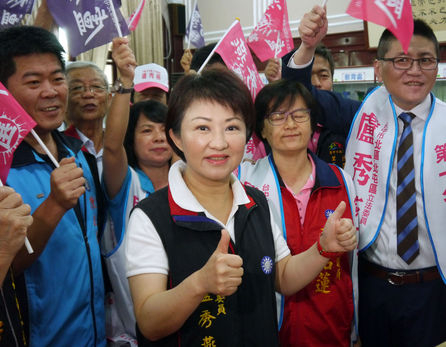 Photo credit: Central News Agency
<div align="left" id="fullstory" class="fullstory"><div id="fw">Kuomintang legislator Lu Shiow-yen said Friday that the proposal to amend the Constitution to lower the voting age has successfully garnered wide cross-party support, adding that it has become the first proposal to be sent to the new legislative body since the election in January.<p>After the Sunflower Movement,&nbsp;<span style="text-decoration: underline;"><b><a href="http://www.taiwannews.com.tw/etn/do_query_2009.php?q_item=Taiwan">Taiwan</a></b></span>ese youth has demonstrated its capacity for independent thinking as well as the ability to act, which made the voting age amendment draft a much more compelling issue, said Lu during her press conference.&nbsp;<span style="line-height: 20.4px;">Lu added that it is unfair for
Read the full article here: Taiwan News