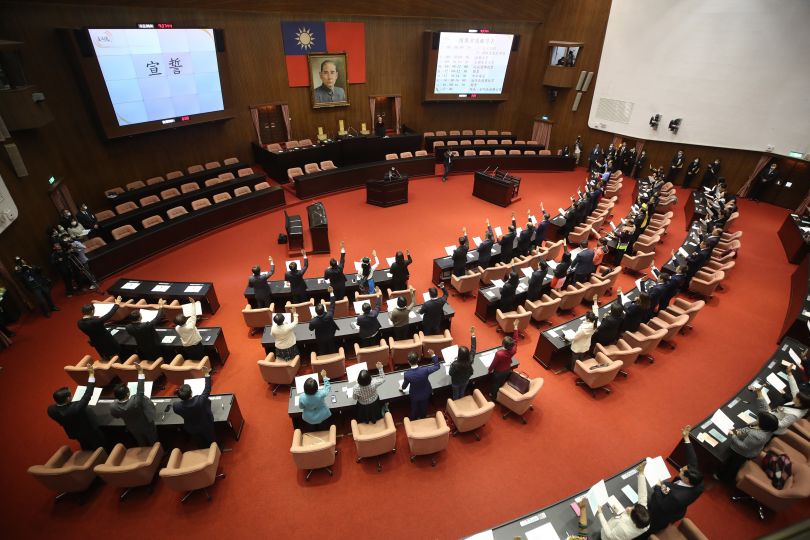 Taiwan's legislature (photo credit: Taiwan Today)
A constitutional amendment that would see the voting age lowered to 18 from 20 passed a committee review at the legislature in Taipei yesterday. The Constitutional Amendment Committee approved the amendment, which was cosponsored by the ruling Democratic Progressive Party (DPP), the Taiwan People’s Party (TPP) and the New Power Party (NPP), and which seeks to bring the voting age in line with most other democratic nations. Barring objections or proposed revisions requiring inter-party negotiations, the bill will undergo a second reading later this week. [...] The proposed amendment would grant Taiwanese who are 18 or older the right to vote. It would also pave the way for further legislation to lower the minimum age for running as a candidate in an election from 23 years old. [...] Based on the current distribution of seats in the legislature, where the DPP holds 61 seats and the KMT holds 39, it would take cooperation between the two main parties for any constitutional amendment to be passed. If an amendment is approved by lawmakers, it must then be voted on in a national referendum and can only pass if half of all eligible voters cast ballots in favor of its passage.
Read the full article here: Taipei Times