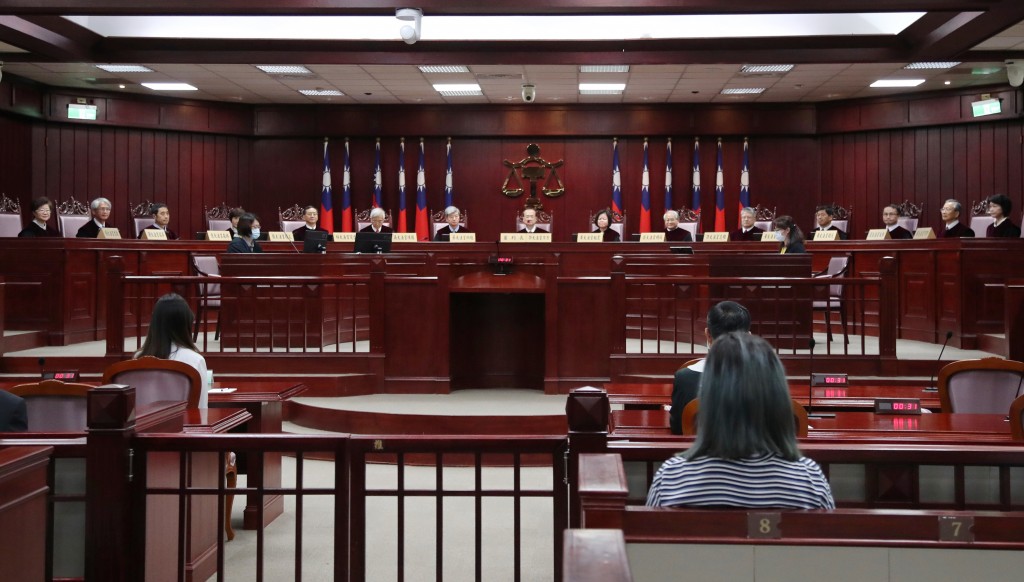 Constitutional Court of Taiwan (photo credit: CNA photo)
A legal provision that grants indigenous status to people with only one indigenous parent based strictly on their name has been declared unconstitutional by the Constitutional Court. [...] The court said in a statement [...] that it struck down the clause because it contravened the Constitution’s “intention” to protect indigenous peoples’ right to personal identities and guarantee racial equality. It ordered the government to amend the law within two years, saying that if the deadline was not met, people in such situations could automatically identify as indigenous and register their status. An estimated 95,000 people in Taiwan would be eligible to declare their indigenous status under such circumstances. [...] As children in Taiwan generally take their father’s surname, the clause in question means that children who have an indigenous father can get indigenous status while those with an indigenous mother cannot, the court said.  In terms of identity, the court said the provision’s attempt to tie indigenous identity to a parent’s surname was flawed, as the concept or tradition of a “surname” does not exist in indigenous culture.
Read the full article here: Taipei Times