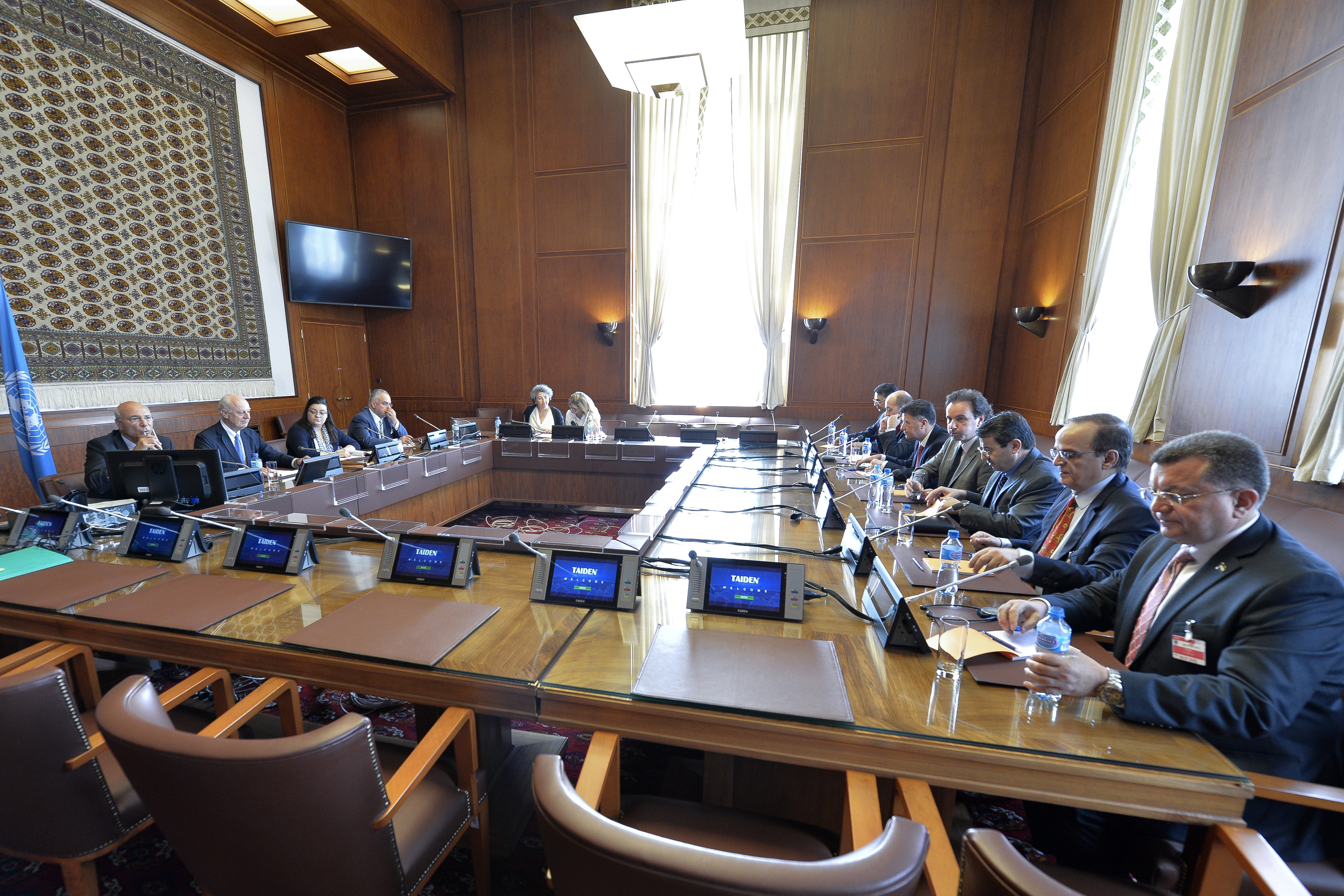 Geneva Consultations on Syria (photo credit: UN Geneva/flickr)
The delegation of the Syrian opposition to the Syrian Constitutional Committee, due to be launched on October 30, already has a draft of the future constitution that is based on the analysis of the previous constitutional experiences of Syria and other nations, Hadi Bahra, co-chairman of the committee from the opposition, told Sputnik in an interview. "Yes, we have various scenarios. We have reviewed all the constitutions since 1920 up to 2012. We have a lot of comments on each one of them, and also we have our aspiration of what we want the new constitution to look like," Bahra said.
Read the full article here: UrduPoint