In Syria, new round of constitution talks to begin on March 21 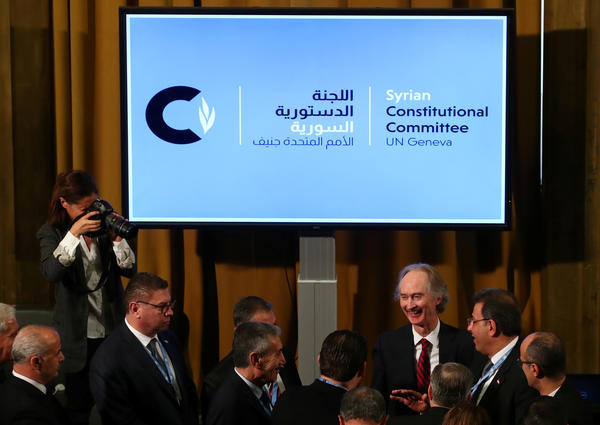 Sign from previous meeting of constitutional committee (photo credit: majalat.org)
A new round of talks involving the Syrian Constitutional Committee seeking a solution to the ongoing 11-year war in the country will resume for five days from March 21 in Geneva, the office of the special United Nations envoy on Syria announced Friday. The last such talks, which involved both The regime and the opposition, ended in Geneva on Oct. 22, 2021, and were described as a "disappointment" by the Special Envoy for Syria Geir Pedersen at the time. [...] "We didn't achieve what we hoped to achieve. I think we lacked a proper understanding of how to move that process forward. So, in the end, it was the government delegation that decided not to present any new text," he added.
Read the full article here: Daily Sabah