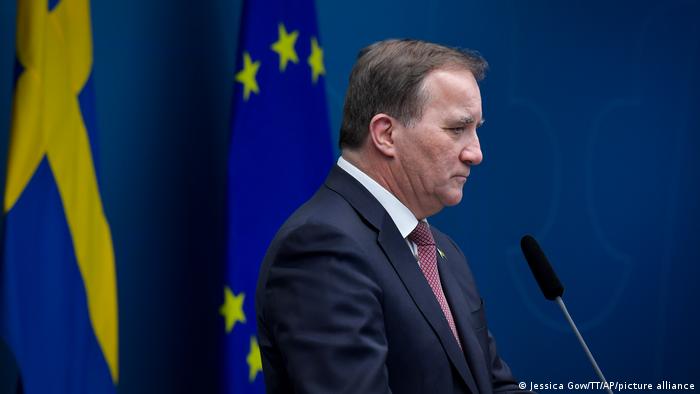 Prime Minister of Sweden, Stefan Lofven (photo credit: Jessica Gow/AP)
Sweden's parliament voted to oust Prime Minister Stefan Lofven in a no-confidence motion on Monday, giving the Social Democrat leader a week to either resign and hand the speaker the job of finding a new government, or call a snap election. The nationalist Sweden Democrats had seized the chance to call the vote last week after the formerly communist Left Party withdrew its support for center-left government over a plan to ease rent controls for new-build apartments. [...] A new government — or a caretaker regime — would only sit until a general election scheduled for September next year. It is the first time a Swedish prime minister has ever been ousted by a no-confidence motion put forward by the opposition.
Read the full article here: VOA