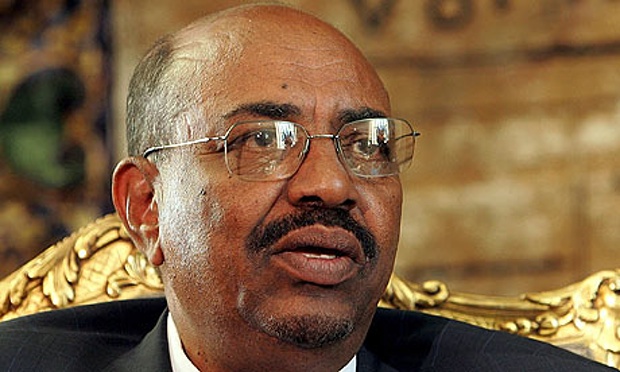 Sudan President Omer Hassan al-Bashir (photo credit: EPA)
<p>The chairman of the Sudanese national dialogue committee on issues of Governance Barakat Moussa al-Hawwati said that they reached a unanimous agreement on drafting a new constitution that affirms the independence of the judiciary, the rule of law, separation of powers and good governance.&nbsp;<span style="line-height: 20.4px;">"If the outcomes of the national dialogue are implemented, Sudan is bound to move to a new phase in its history," al-Hawwati said at a forum commemorating the 60th anniversary of Sudan independence.&nbsp;</span><span style="line-height: 20.4px;">He described the dialogue process as a sign of a new reading of the political and social reality that would decipher hieroglyphs that created confrontations between the various political forces.&nbsp;</span><span style="l
Read the full article here: Sunda Tribune