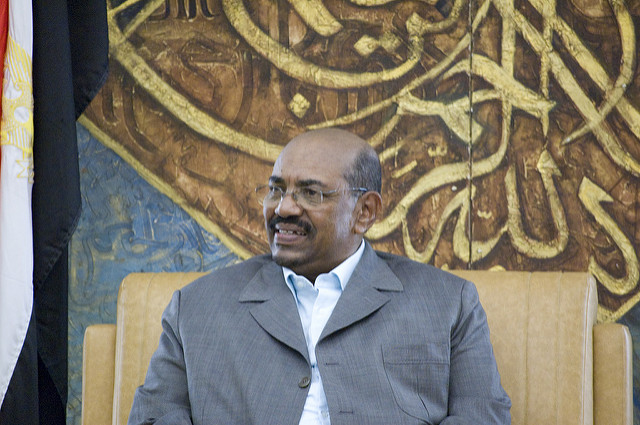 Sudan's President Al-Bashir (Photo credit: Flickr)
Sources close to the ruling National Congress Party (NCP) have confirmed to MEMO that President Omar Al-Bashir plans to make changes to the existing constitution to permit him to stand for office for a third term. Under the current constitution, the president’s second and final term is set to end in 2020. Although, it was widely expected that he would step down from office, sources have revealed that NCP is planning to bring forward a proposal to review and rewrite the constitution to allow the president to run for a third term.
Read the full article here: Middle East Monitor