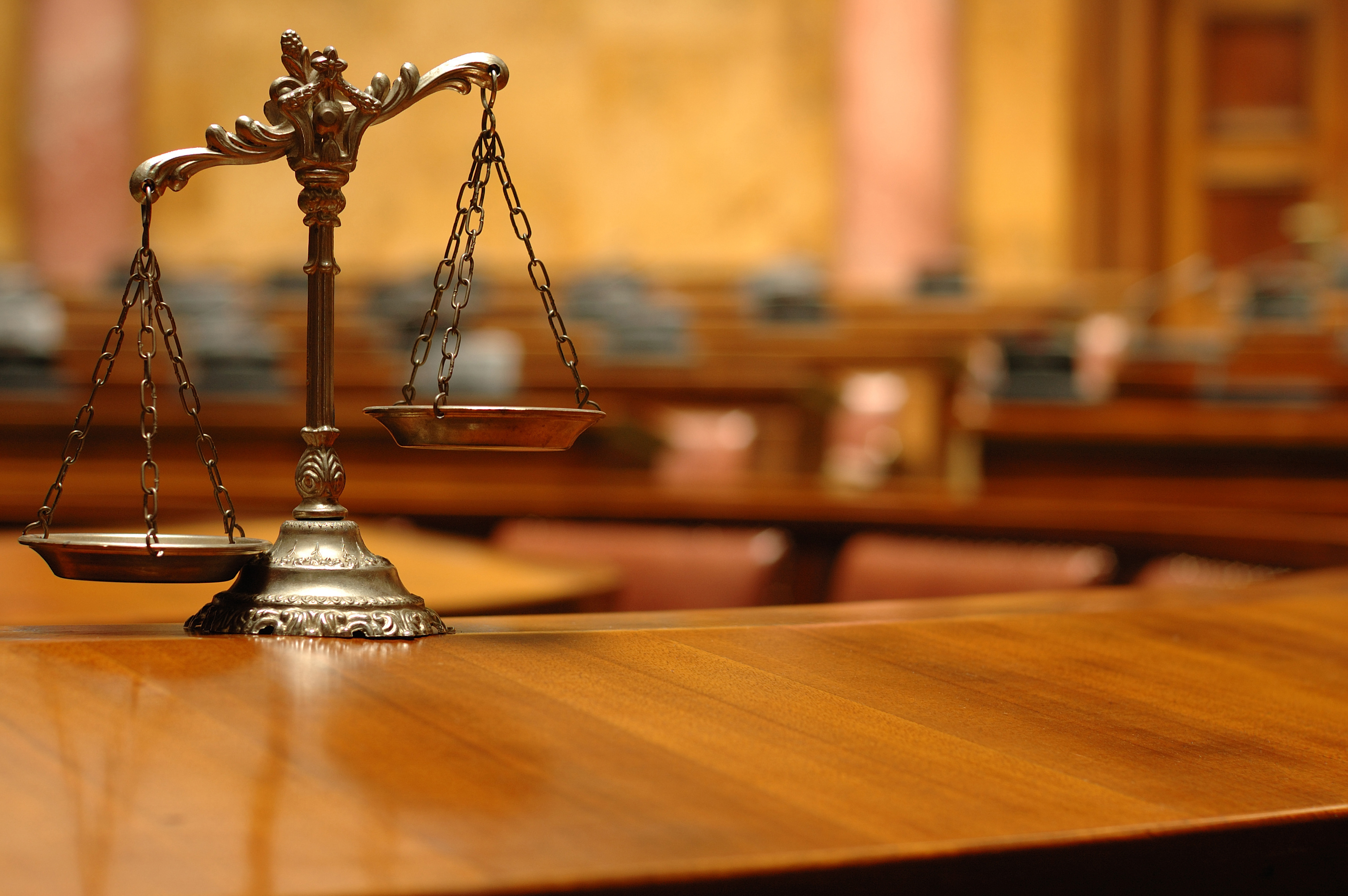 In the wake of the Charlie Hebdo attacks of 7 January 2015, freedom of speech has come to the forefront of a nation-wide debate, heated arguments centering on incitement to hatred and glorification of terrorism. While the French position is being crystallized in the parliament, judicial chambers and editorial boards, life doesn’t stop on the streets, where hundreds of every-day people have been questioned, investigated and even imprisoned for statements seen as glorifying the attacks.

Along with freedom of speech, the prohibition of hate speech has become a seminal part of French legal tradition. Article 11 of the Declaration of the Rights of Man 1789 proclaimed freedom of speech, conscience and freedom of the press; however, it was not until the end of WWII that the Preamble of the 1946 Constitution not only reaffirmed these rights but also added that those apply “without distinction of race, religion or creed”. As the current 1958 Constitution incorporated both the 1946 Preamble and the Declaration, the protection of racial and religious minorities against hate speech has to be considered when exercising the right to freedom of speech.

Since the end of the Holocaust, French hate speech provisions have retained a group rather than an individual concept of rights protection. This long-standing distinction goes to the heart of the current debate that is over reconciling freedom of speech and the group rights of religious and racial minorities, rather than individual human rights. Striking a fair balance can no longer be avoided in a de facto multicultural France, which is home to a variety of minorities, including over six million Muslims.

Hate speech has long been prohibited under the French Press Law that has by default aimed at protecting freedom of speech. Its purpose is neither to forbid debate on issues of faith nor to provide special protections to religious groups, but rather to forbid expressions that defame, insult or incite discrimination or hatred. At the same time, the racist nature of such speech is to be determined on a case-by-case basis. Where the balance lies has long been questioned, most infamously in relation to Charlie Hebdo drawings. Many Muslims have felt targeted arguing that Mohammed’s portrayal is a desecration of Islam as a religion, however, French courts have rarely banned religious satire. The distinction has consistently been drawn between expressions that target Islam as a whole as opposed to Muslim extremists. In this vein, the drawing depicting the Prophet covering his face with his hands saying “It’s hard to be loved by fools” was found to be permissible. On the other hand, the caricature portraying the face of a grim-looking bearded man with a turban shaped like an ignited bomb with the inscription “Allah is great, Mohammed is the Prophet” suggests that terrorism is inherent in the Muslim religion and was therefore found to constitute incitement to religious hatred. The issue of the permissibility of religious satire put to the test not only the French courts but also editorial boards globally amounting to a largescale controversy over “the line between gratuitous insult and satire.”

Issues of religion and race being often entangled, French courts have handed down key hate speech rulings on both grounds. Among others, the court held that contrasting “the French” and “Muslims”, and presenting the latter as invaders is punishable because it suggests that the safety of “the French” requires the rejection of “Muslims”.  The same conclusion was reached about the suggestion that the Jewish community followed supremacist goals aimed at physically removing and replacing “Europeans”.  According to the judge, this assertion makes the public believe that there is a conspiracy to eliminate “Europeans” and this attitude is likely to provoke hatred or violence against members of the Jewish community.

The political arena has also provided ample examples. Criticism is permissible based on the actions but not on the national origin or religion of the politicians. For instance, to criticize those Algerians, who at the time of independence decided to fight in support of the French occupation and qualify them as “traitors of the nation” was found to be permissible speech. On the other hand, courts have found punishable an election candidate’s promise to “strongly fight against immigration” and “require the immediate expulsion of the invaders occupying our soil”; or a municipal information bulletin calling for an act of force and inviting the inhabitants to remain the “masters of their own houses by eradicating the ghettoisation of the extra-Europeans”.

French hate speech laws have historically been reactive to various waves of fundamentalism. Even though religious groups have been equally protected under the law, some feel that a double standard has prevailed at the expence of Muslims. Due to the Scarlet letter of Jewish persecution on European history, prohibition of anti-Semitic speech has a long legal and societal tradition in the Republic that also criminalized Holocaust denial in the ‘80s. At the same time, blasphemy has been decriminalized since the French Revolution; and with growing anti-Islam sentiment sweeping across Europe, some Muslims feel that the legal protection of minorities is equal only on paper.

In the midst of heated debate and increasing tensions, earlier this week President Holland laid out proposals to strengthen hate crime laws. The exact legislative proposal is yet to be seen, however, the experience with the “glorification of terrorism” measures should caution the French executive to be reflective rather than reactionary.

Incitement to terrorism and glorification of terrorism

In November 2014, the legislature has modified a provision specifically criminalizing incitement or glorification of terrorism, understood as “the direct incitement to carry out terrorist acts or to glorify such acts”. Terrorist acts are enumerated offences - including violent, financial and computer crimes - committed individually or in a group that can severely disrupt public order by intimidation or terror. Glorification is established if one describes an act of terror in a favourable light, while incitement is defined as a call, by its spirit and by its terms, to commit specific actions. The acts are punishable by five years imprisonment along with a € 75,000 fine. The penalty is higher if the crime is committed via communicating with the public online (e. g. via twitter, facebook): 7 years imprisonement and a € 100,000 fine.

As opposed to the general prohibition on expressions that incite racial or religious hatred regulated as part of the Press Law, the specific incitement to terrorism provision was incorporated in the Criminal Code in 2014. Therefore, in these cases the general norms and auxiliary rules of a more stringent criminal regime can be applied; including, a higher statutory limitation (one year instead of three months), seizure of goods by the police and judicial authorities, and adjudication through summary trials. Such special investigation techniques as infiltration and wiretapping are also permitted.

Before 2015, this provision was rarely used, and only about 20 verdicts were handed down between 1994-2013, on average one conviction a year. The intensity suddenly increased after the Charlie Hebdo attack. In a circular published on 12 January 2015, the Ministry of Justice instructed public prosecutors to systematically prosecute expressions and acts that are of a racist or anti-Semitic nature, provoke hatred, violent or discriminatory acts or glorify terrorism. According to the circular, such attitudes have to be fought and prosecuted with “the greatest rigour”. In a mere three weeks, 486 legal cases were opened and 150 prosecutions were launched resuting in dozens of verdicts, including 18 prison sentences. The latter imposed largely for the crime of apologie du terrorisme i.e. defending, condoning or provoking terrorism. Some instances have been as extreme as questioning an eight-year-old who said “I’m with the terrorists” – without even knowing what terrorism was. Rights groups have warned about the hasty measures that, among others, resulted in a ten-month prison sentence for a 21-year-old caught on a tram travelling without a ticket and told the ticket inspectors: “The Kouachi brothers [authors of the Charlie Hebdo shooting] were just the start. I wish I’d been with them to kill more.” Most famously, the comedian Dieudonné was arrested for posting on Facebook “I feel like Charlie Coulibaly”, and thus seeming to express sympathy with the gunman who killed four hostages in the siege of a Paris supermarket following the attack on Charlie Hebdo.

The degree of the controversy leaves little doubt that the incitement and glorification of terrorism provision will eventually come before the Constitutional Council. A French freedom of information and freedom of the press NGO, Reporters sans Frontières, has already developed a model lawsuit for the accused. It is difficult to anticipate the position the Constitutional Council is going to take. One thing is sure:  constitutional judges have long recognized the legislature’s wide margin of appreciation in the criminal field.

In the interest of the French society as a whole, one can find legitimate reasons to restrain or even prohibit words that may generate hate or violence. Nevertheless, the penalties prescribed by the criminal provision raise serious concerns, both of law and application. Seven-year imprisonment for incitement appears to be disproportionate with a clear aim of deterrence. In practice, moreover, these cases tend to be highly controversial. As the example of the past weeks has shown, the executive is to regulate and the courts are to rule under heavy social and political pressure. While doing so, both should remain mindful of the fundamental rights of a democratic society - not to defeat the very values they aim to protect.