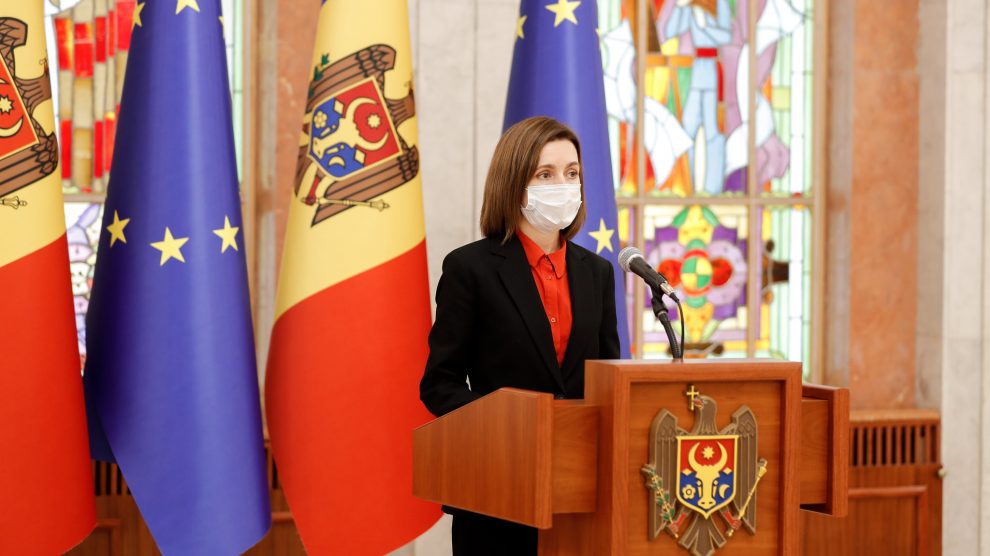 President of Moldova Maia Sandu (photo credit: Emerging Europe)
Moldova’s constitutional court has cancelled a state of emergency introduced to stem the coronavirus pandemic, enabling President Maia Sandu to dissolve parliament and call for an early election on July 11. [...] Sandu, the country’s first female president, won the presidential election in November 2020 but has accused parliament of trying to sabotage her presidency and curb her powers. Twice, the Socialist-led parliamentary majority refused to appoint prime ministers that Sandu had proposed. [...] In March, the parliament voted to introduce a 60-day state of emergency in order to combat rising COVID-19 infections, which blocked Sandu from calling for early elections. The president now hopes that the July 11 elections will lead to a parliamentary majority.
Read the full article here: Al Jazeera