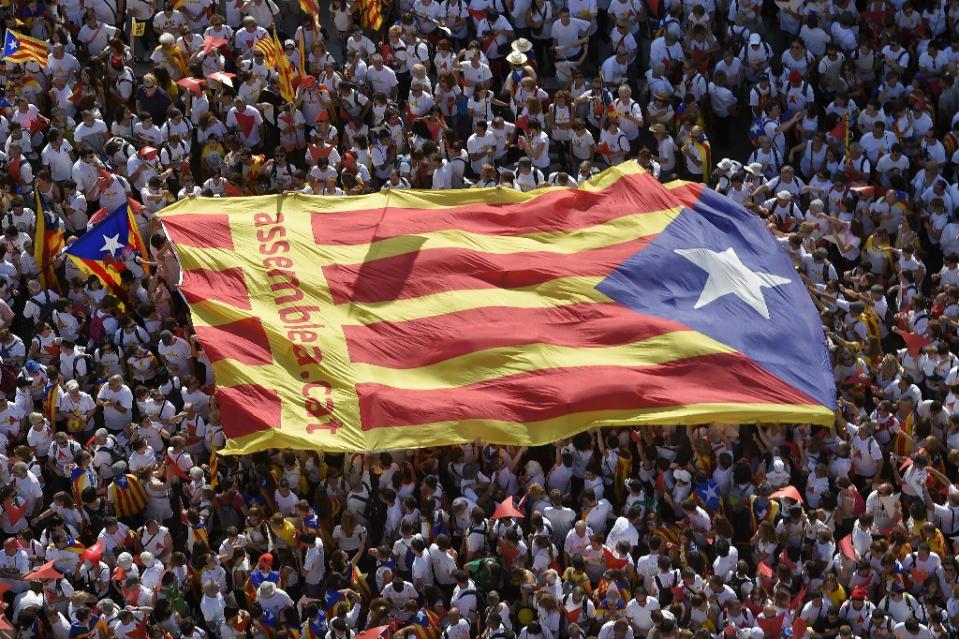 Demonstrators unfold an "Estelada" (pro-independence Catalan flag) during celebrations for Catalonia's National Day in Barcelona on September 11, 2015 (photo credit: AFP)
<p>Spain's Constitutional Court on Wednesday revoked a resolution by Catalonia's parliament that declared the start of a secession process in the wealthy northeastern region, sparking a defiant reaction from the local government.</p><div></div><div><p>The motion, passed last month, calls on Catalonia's regional assembly to start drafting laws within 30 days to create a separate social security system and treasury, with a view to completing independence in 18 months.&nbsp;<span style="line-height: 20.4px;">It also declares that the parliament of Catalonia is "sovereign" and not subject to decisions made by Spanish institutions.&nbsp;</span></p>
Read the full article here: AFP/ Yahoo News